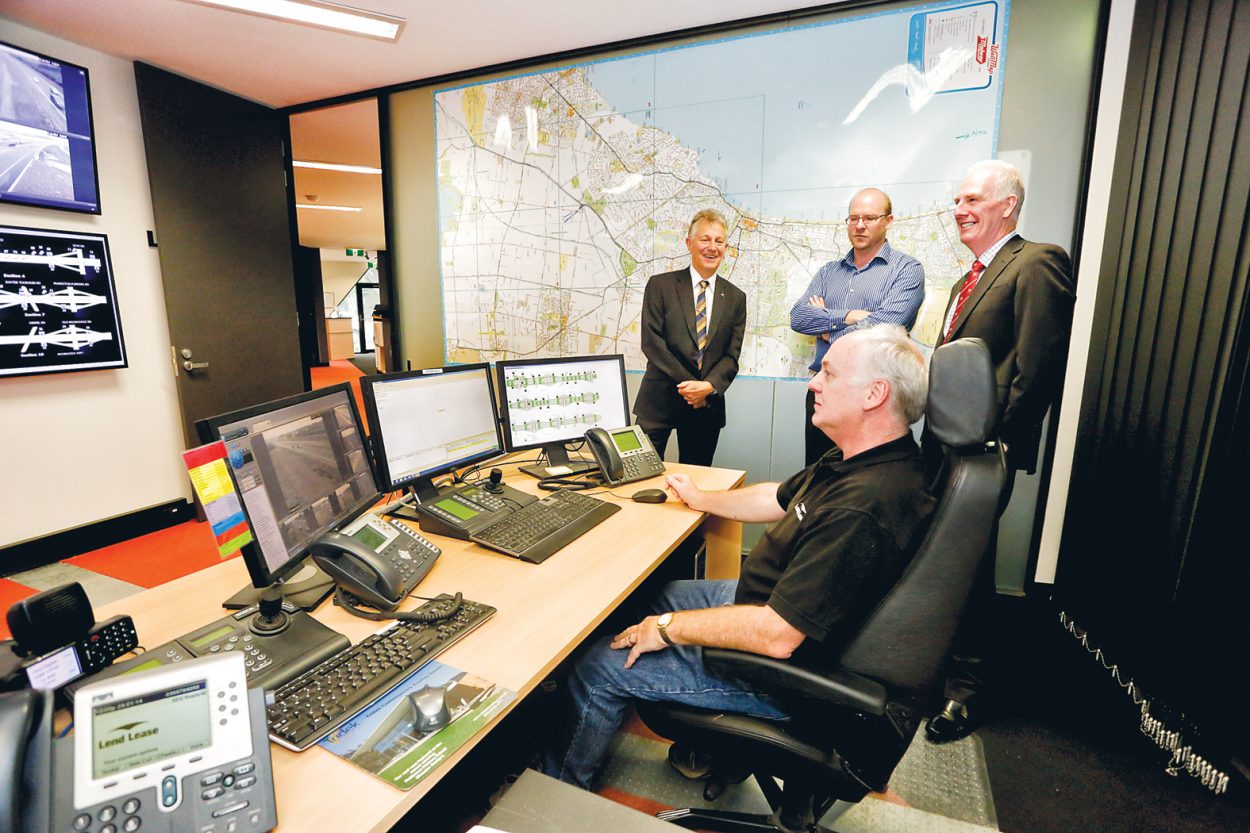 MORE than 20 million trips have been made on Peninsula Link freeway since it opened just over a year ago.

Commuters also are taking to the Link, said Nepean MP Martin Dixon when he visited the freeway control centre in Golf Links Rd, Frankston South, which is operated by Lend Lease.

“Traffic volumes show drivers have quickly adapted to using Peninsula Link, which allows people to travel from central Melbourne to the peninsula without encountering a single traffic light,” he said.

Commuters were enjoying significant reduction in travel times, and visitors were finding their holiday journey much faster.

Mr Dixon said the freeway had reduced traffic on surrounding roads by up to 30 per cent, “increasing liveability in suburbs along the freeway corridor”.
Frankston Freeway and Moorooduc Highway had seen traffic reductions of up to 50 per cent.

A fact sheet release at the anniversary stated traffic monitoring showed drivers saved up to 14 minutes on weekdays and up to 32 minutes in peak holiday periods.
Motorists using the Moorooduc Highway and Frankston Freeway route saved four and a half minutes during peak hours.

Peninsula Link connects to 11 major roads and has on and off ramps to nine roads along its 27 kilometres.

The $760 million freeway was built under an “availability public private partnership”. The Southern Way consortium receives quarterly pay­ments for 25 years for financing, designing, building and operating the freeway.

Construction started in February 2010 and was completed in January 2013.

About 1.7 million plants, trees and shrubs have been planted and the state government has invested about $12 million to offset significant vegetation removed for the project.