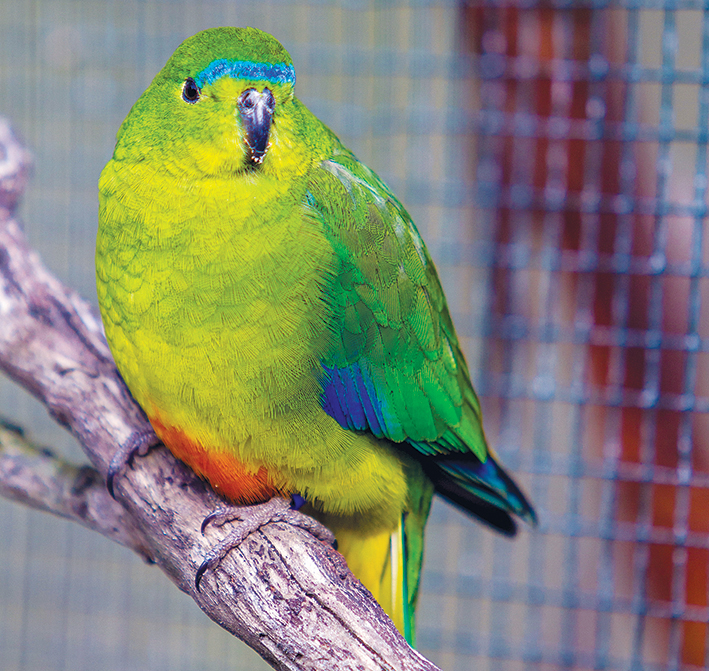 IT may be one of the country’s most pop tourist destinations, but the Mornington Peninsula doesn’t even rate a mention among the state’s top 12 “experiences and destinations”, according to the latest edition of Lonely Planet Melbourne & Victoria.

Taking out top spot in the ninth edition of the travel company’s Melbourne and Victoria guide book is the Great Ocean Road, with Melbourne’s laneways, The Grampians, Melbourne’s “cultural and sporting hub”, and Wilsons Promontory rounding out the top five.

The closest the peninsula comes to rating a mention among Victoria’s “must visit” locations is the listing of Phillip Island and its penguin parade as the seventh most appealing tourist destination.

Mornington Peninsula mayor, Cr Antonella Celi, said she was surprised the peninsula didn’t rate a mention in the guide book’s top twelve, especially as the region was usually regarded as one of Melbourne’s tourist destinations.

She said the peninsula was “much-loved by residents and visitors alike, offering a great tourism experience, plenty of things to do and see”.

“The Mornington Peninsula has been a major drawcard for local, national and international visitors for decades, and the range of tourism experiences, activities and events continue to grow each year – including this year’s Cool Climate Wine Show, Melbourne International Film Festival screening and the Archibald Prize exhibition,” Cr Celi said.

The omission from the latest Lonely Planet Melbourne & Victoria edition, which was released last week, stands in stark contrast to the state government’s official tourism website, Visit Victoria, which lists the Mornington Peninsula as its number one attraction. It is also surprising given that Tourism Australia’s latest global marketing campaign focuses on the country’s “exceptional food and wine experiences” – areas in which the Mornington Peninsula has gained international renown.

Tourism Australia chief marketing officer Nick Baker said food and wine producers were the “stars” of the international Restaurant Australia marketing campaign, which aims to boost visitor numbers by highlighting the country’s “unique and exceptional food and wine experiences” being served-up at “remarkable locations” such as the peninsula. He said extensive research conducted by Tourism Australia showed food and wine were the most important factors in holiday decision making.

“The concept of Restaurant Australia has been built based on consumer research which identified food and wine as a key factor in holiday decision making and the most important emotive trigger, ahead of world class beauty, for influencing people’s destination choice,” Mr Baker said.

International visitors spent more than $4 billion enjoying Australia’s food, wine and culinary experiences in 2013, with the Mornington Peninsula gaining a healthy slice of the pie.

Peninsula tourism operators have also been figuring prominently on the award front, including the Enchanted Adventure Garden, which was last week named Victorian Regional Business of the Year at the 2014 Telstra Business Awards.

The popular peninsula tourist attraction was the only business from the state’s tourism sector to be nominated for the prestigious awards.

First opened in 1997 as a small maze and garden attraction, the Arthur’s Seat business has grown into a thriving tourist drawcard.

The family owned business now offers adventure tube slides, tree surfing and live entertainment, in addition to the expanded hedge maze and gardens, and provides employed for more than 100 people.

Judges said the Enchanted Adventure Gardenwas a “financially secure and soundly managed business that has invested significantly in new attractions and created a unique attraction for family enjoyment, adventure and fun”.

“Its owners [Sally and Michael Savage] were committed to staff training and showed outstanding leadership and vision,” judges said in presenting the award. Also figuring prominently on the awards front is Pearcedale’s Moonlit Sanctuary Wildlife Conservation Park, which recently won Zoo and Aquarium Association accreditation and has gained international applause through the TripAdvisor website.

Having won a swag of business, environmental and tourism awards over recent years, the popular wildlife park was recognised by the ZAA for meeting the highest possible standards in care and animal welfare.

“Being accredited means our members can be proud of providing our animals with the best possible care,” she said.

Moonlit Sanctuary’s accreditation shows it is ensuring the animals in their care live in a positive welfare state.

“This means the wider community can be certain that ZAA member institutions provide the best level of care for their animals, not just a minimum standard,” Ms Fifield said.

The recognition follows the awarding of Moonlit Sanctuary Wildlife Conservation Park with a TripAdvisor Certificate of Excellence for the consistent praise heaped on it by visitors.

The international website provides feedback from visitors on tourist attractions and destinations around the world. Of 83 comments posted on the TripAdvisor site for Moonlit Sanctuary, 69 rated the park “excellent”, 13 “very good”.

Moonlit Sanctuary director Michael Johnson said there was no greater seal of approval than being recognised by customers.

“With the TripAdvisor Certificate of Excellence based on customer reviews, the accolade is a remarkable vote of confidence to our business and our continued commitment to excellence,” Mr Johnson said.