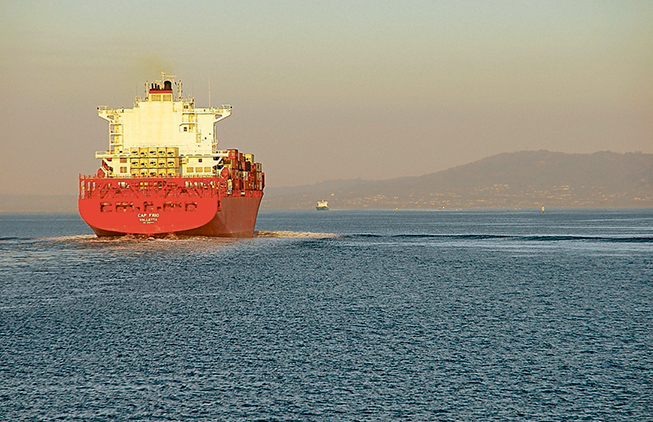 THE Opposition is accusing the state government of lying over its claim to be searching for the best site for Victoria’s second container port.

The Labor government has all but backed away from choosing Western Port and is overseeing the slow demise of the Port of Hastings Development Authority (PoHDA).

And now, with its intention of leasing the Port of Melbourne for 50 years with a guarantee of compensation if there is competition from another major port, the government appears to have abandoned its plan for another container port.

The greatly diminished PoHDA says it is investigating investment opportunities for Hastings to become a “bulk port”, but imports of petroleum products and exports of LNG have dropped markedly in the past two decades. (‘Port planner slashes jobs’, The News 26/5/15)

Environment groups have already expressed their concerns about Hastings used to export coal and the government would be sure to face their ire if that was the “bulk” product chosen to replace containers.

“Labor lied to both the Western Port and Geelong communities prior to last year’s state election when it assured them both it would take genuine expert advice [from Infrastructure Victoria] on where Victoria’s next port and the thousands and thousands of jobs that would be created with it, should be located,” Hastings Liberal MP Neale Burgess said last week.

“Labor has told lie after lie in order to further its selfish political objectives.

“In a complete contradiction of everything it has had to say over the last decade about our state’s desperate need for a second container port, Labor did what it always does when private enterprise turns up with a bag of money – it got giddy and fell over.

The previous Coalition government, of which Mr Burgess was a member, had promised the PoDHA $110 million of four years to plan for a port at Hastings.

The authority is estimated to have already spent $30 million, but the money has all but dried up with the passing of Labor’s first budget.

On Thursday he told Parliament ships were “growing beyond the capacity of Port Phillip Heads”.

He said the previous Labor government had wasted so much time that Hastings, could not be developed to meet the demands of international shipping and “the only action left … was to deepen the Port Phillip Heads”.

“Here we are again, only a decade on, and we have a new Labor government confidently expecting that the Heads will be able to sustain our trade for 50 years,” Mr Morris said.

“There can only be two outcomes from this policy decision: either Melbourne will surrender its role in trade to the rest of Australia or Port Phillip Heads will be deepened again and again. Any way you look at it, it is a bad decision.”

Frankston mayor Cr Sandra Mayer sees the decision to not develop a container port at Hastings as a further economic blow to the region.

“After six months under Labor the south-east Melbourne region is going backwards, with major road, rail and now freight projects being scrapped, and the peninsula environment and tourism industry again under threat from dredging,” Frankston mayor Cr Mayer said.

In the lead up to last November’s state election the then mayor Cr Darrel Taylor was touting Frankston as being ideally situated as the proposed port’s commercial hub.

Much has changed in the following six months and Cr Mayer is now calling on the government to make “a serious injection of funds from the Jobs and Investment Fund and the Regional Jobs Fund into the south-east Melbourne region, or else our residents will have every right to feel forgotten about after helping deliver Labor into power”.

Opposition leader Matthew Guy said the Liberal National Coalition supports leasing of the Port of Melbourne “in conjunction with the development of a second container port for Victoria”.

Mr Guy’s statement was released along with quotes from present ministers and the Premier Daniel Andrews when they too backed Hastings or Bay West, near Geelong in Port Phillip, for a container port.

“What Daniel Andrews is effectively doing is providing a leaseholder with a 50 year monopoly.”