Good old days when Mornington had a train 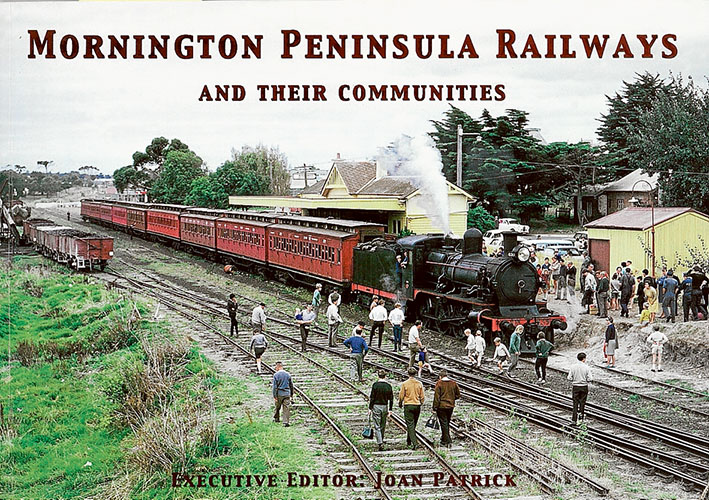 THE story about the new audio tour of Mornington’s historic buildings generated comment from readers lamenting the loss of the railway and its historic station.

(‘Main St history on a smartphone’, The News, 10/11/15) included an early 20th century photo of the station at the end of Blake St with both cars and horse-drawn carriages parked out front, and people of all ages walking out of the entrance after the arrival of a train.

The audio tour has been produced by Mornington and District Historical Society. QR codes are on signs near 18 historic places and scanning one with a smartphone or tablet downloads a podcast as well as images and the audio script.

Several readers decried the loss of the train, which was stopped by the state government in 1981. One wrote: “Citizens of the 19th century would … be astonished to find out we no longer had a train service.” Another stated: “Absolutely! Because rail is considered to be so 19th century – except in more progressive nations.”

One reader said a relative by marriage had “fought long and hard to at least get the steam train [coming] down into the old station, but there were those in the town who were too short-sighted to see the advantage of keeping our rail [line] and station”.

There was a reference by one reader to the turbulent time when the state government demolished the station and sold the land as well as rail track land between the old station and Nepean Highway, including for homes, roads, car parking, walking tracks, a shopping centre and expansion of The Bays Hospital. This finally put an end to any hope of the train being reinstated.

“Several people made lots of money as the [shopping centre land] sale price grew throughout the process of getting permits, etc. Many, many millions. Huge community uproar – station demolished in early hours one morning to avoid protesters. Many were outraged,” the reader wrote.

Roderick Smith in Mornington Peninsula Railways states the station and track land was sold in five parcels in the late 1980s. “Signs soon went up at the site of the demolished station announcing the [planned] erection of the Schnapper Point shopping complex.”

This first attempt to build a shopping centre failed and the land was sold to a Hampton-based developer. He faced opposition from residents, who formed the Save Mornington Alliance, which challenged the plan in the state planning tribunal. More than 1000 people wearing red marched down the Main St in one protest, which was led by a minister of religion.

Another reader wrote: “It’s come to the sad point in time when the only chance of seeing what Mornington was like is from a smartphone…”.

The rail service was closed due to lack of patronage, the state government claimed. The government had tried several times in 1978 and early 1979 to close the line.

In late February 1979 the rumoured last train was “held hostage” by more than 300 angry protesters at Mornington station. They allowed the train to depart next day at 1pm after Transport Minister Rob Maclellan gave assurances the service would be restored in April.

On Sunday 8 April 1979 the train arrived to be greeted by a large crowd and a brass band – just like in September 1889 when it was opened to great fanfare.

A government report two years later sounded the death knell for many rail services in country Victoria, including Mornington’s. Railmotor RM55 was the last train in May 1981. It broke down during the journey and was replaced by a bus, giving the town’s conspiracy theorists a field day.

Mr Maclellan announced buses would replace trains from 15 June 1981. Ninety-two years of rail travel was over.

The line was declared officially closed in March 1983.