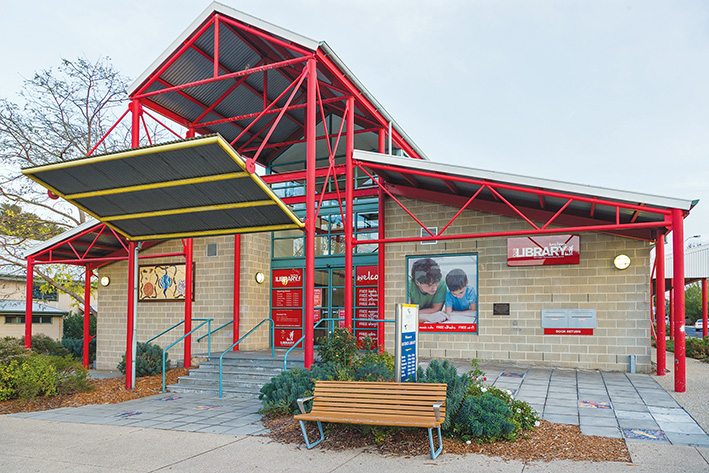 ALL libraries across the peninsula will remain open after a restructure that will see some library staff lose their jobs.

Mornington Peninsula Shire communities director Robin Adams says council has no plans to close down any of the shire’s four libraries at Hastings, Somerville, Mornington and Rosebud.

The temporary two-week closure of Hastings library until 18 May is coincidentally timed during the staff restructure.

The High St library has closed its doors so a new radio frequency identification (RFID) system to make it easier to borrow and return library items can be installed and refurbishment works including a new carpet can be carried out.

“The Mornington Peninsula Library Service is undergoing the most significant renewal and reform process since its inception,” Mr Adams said.

“This began with the major refurbishment of the mobile library to a state of the art facility for our isolated townships.”

Mr Adams said Somerville, Rosebud and Mornington libraries will be temporarily closed in coming weeks so the RFID system installation – involving the microchipping of books, magazines, CDs and DVDs to replace barcodes – can take place alongside refurbishments.

“This will require the closure of branches for a few days each to achieve this,” Mr Adams said.

“It will also allow us to better manage the library stock.”

Australian Services Union organiser Prescilla Schwalger told The News last week that seven librarians have been offered voluntary redundancies by council and other roles are “substantially” changing amid fears of further job cuts (‘End of story for library staff’, The News 10/5/16) and complaints of a lack of consultation with libraries staff.

All of the shire’s 20 library officers, mostly employed part-time, are understood to be facing redundancy.

Mr Adams said the shire has “created 20 positions and expect most of these positions to be filled by current staff through redeployment”.

“Library officers will have their roles upgraded with more full-time and less part-time positions. Their salary banding will also increase commensurate with their duties.

“Due to the significant nature of these improvements, the shire is required to offer redundancies to those staff who do not want to be redeployed into one of the new roles.”

He said “there is absolutely no intention to close the Hastings, or any other shire library service.”

Mr Adams said there will be “more customer facing” and less backroom staff.

Council did not confirm how many net job losses would occur after the restructure process is complete.