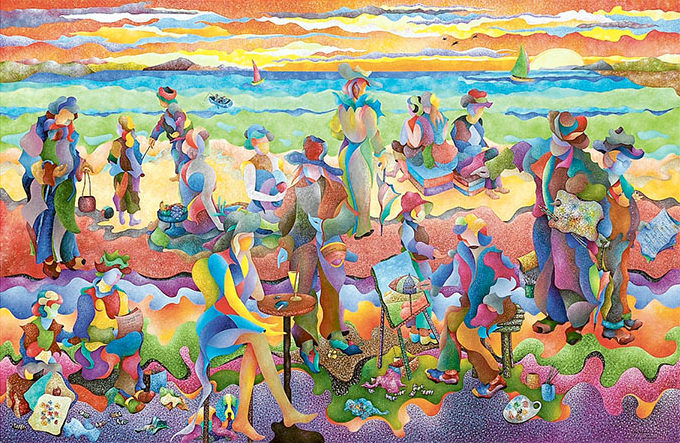 A MORNINGTON Peninsula artist has an ambitious plan to sell his three metre by two metre canvas for $1.6 million.

Philippe de Kraan says his online “offer” is receiving attention around the globe.

The Gathering, an eye-catching expressionist work in bold, bright colours, took de Kraan almost four years to complete using a miniature paintbrush. While most people who have viewed the work would have difficulty scraping together that kind of money, de Kraan said interest from overseas was encouraging.

“The news is getting around and I’ve had feedback from people in London and Dubai,” he said.

“I’m very confident that it will sell because even people who have everything, don’t have this.”

De Kraan is not fazed by amazement over the price tag and hopes the work will end up in a public space such as a hotel foyer or even Crown Casino. “Hypothetically, it’s peanuts, because what could it be worth in 20 years? There is a buyer out there, there is.”