Steady as she goes for new commodore 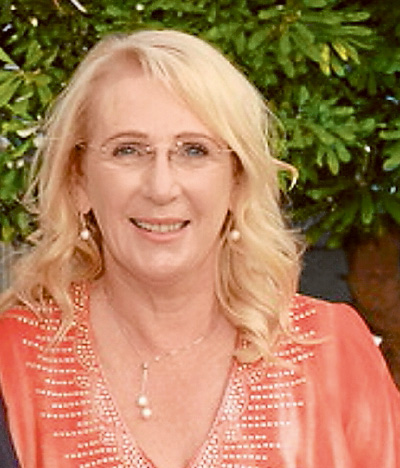 MORNINGTON sailing enthusiast Cheryl Schumaker is a self-confessed “late starter” to the sport but that hasn’t slowed her rise to the top, becoming the first female commodore in 70 years.

However that doesn’t mean big changes at the club. Ms Schumaker has a vision for the club that’s in keeping with its strong focus on community involvement, sports promotion and inclusion.

“At one time the general perception was that sailing clubs were for the rich people down the street, but that is changing and our club is an example of that – welcoming and inclusive,” she said.

“I started sailing in 1998-99, so not nearly as long as some other sailors in the area, but I love it and I have a vision for the club that includes building membership and working towards our goals,” she said.

One of those goals for the past few years has been working towards getting a marina for Mornington. That has been put on the back burner after years of campaigning proved fruitless and exhausted the club financially.

“Yes, it is disappointing not to have a marina, as we are losing boats regularly to storms, so a marina on a smaller scale to Martha Cove would be good.”

Ms Schumaker said the yacht club was a significant community facility that provided enjoyment and training for hundreds of people in a supportive, inclusive environment.

Immediate past commodore at the club, Graeme Alexander, said Ms Schumaker was a dedicated keel boat sailor, club member and “the backbone” of the club.

He said her appointment to commodore showed the club was moving with the times, in keeping with Yachting Victoria’s strong push to see more women in sailing.

“Our club has about 120 women members already, so it’s the other clubs that have to play catch-up with us,” he said.

It’s been a momentous year for the 750-member club, which celebrated it’s 70th birthday in February and  has just secured a new 21-year lease at its harbour-side, site at Schnapper Point.

Mr Alexander said club members were looking forward to further cementing the club’s place in the community with a new commodore at the helm.