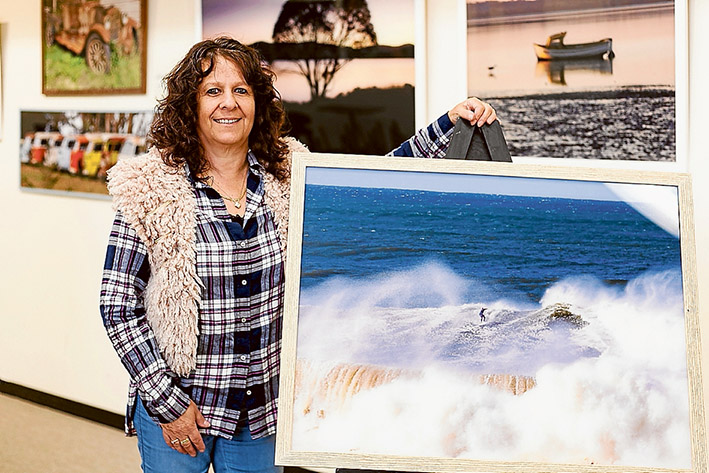 JAN Dance is determined to turn the tragic death of her sister from motor neurone disease into a story of faith and hope.

Her sister Sue Whyte died in 2011, four years after being diagnosed with the illness.

Jan says the diagnosis, when Sue was 54, was hard to accept, as her sister was a “beautiful soul” who was adored by many.

“I was her younger sister and I can say we never ever had an argument, she was just a beautiful person and was always kind,” she said.

Jan and her brother Jeff did all they could to stay positive and stay strong for their eldest sister, but they also wanted to ensure that her legacy was not one of sadness.

“Sue was full of life and a very positive, energetic person who ran her own lingerie company up until the day she died,” Jan said.

“There is nothing worse than watching someone you love dearly fade away from this disease and I am trying to help raise funds and awareness to finally find a cure and eradicate it.”

To honour Sue’s memory and raise money for MND Vic, Jan, a keen photographer since receiving her first camera at seven, is holding an exhibition of her images at the Red Hill Bakery, Balnarring.

Her work reflects her love of nature and her keen eye for a good subject. Having spent so much time behind the lens, Jan has learnt to experiment with images and has entered works in national and international competitions.

“There is still a lot of mystery surrounding motor neurone disease and it’s really important that we keep supporting research to find a cure,” Jan said.

“By having this exhibition, and possibly more down the track, I hope to raise awareness of the disease, which has a 100 per cent death rate,” she said.

The exhibition “Whyte Vision” will be held at the Red Hill Bakery, Balnarring, throughout July.

The proceeds of one image auctioned on Saturday 2 July will go to MND Vic, as will a percentage of all other sales.

MND Vic is a fundraising group that raises money for research and support, making the lives of MND sufferers a little easier by providing a range of care and support services for MND sufferers and their families.