The past inspires artist in the present 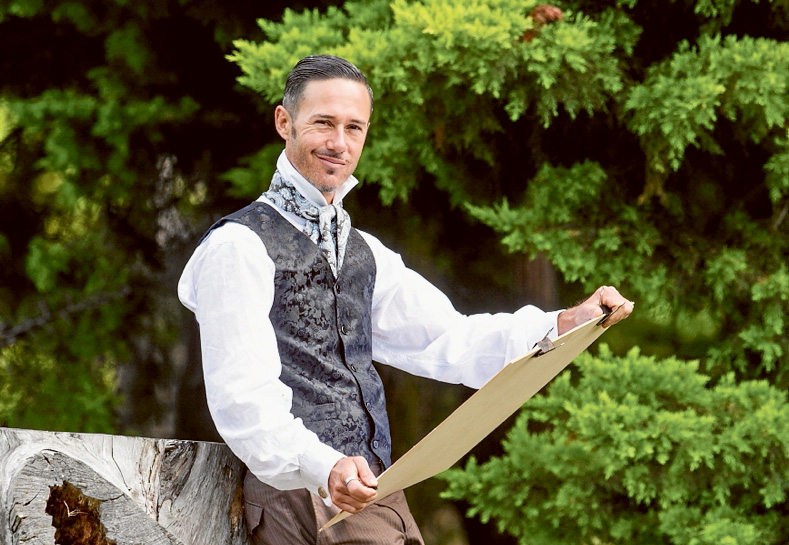 AS Coolart Homestead’s first artist in residence, Somers artist Timothy Growcott feels so privileged to work in the grounds of the magnificent 19-century mansion that he gets into character, literally.

“I occasionally dress in a period costume, especially if I am doing art demonstrations, because it’s such an incredible building and I like being part of the history,” he said.

Since February, Growcott has used a studio at the back of the estate as a creative space several days a week, producing a range of artistic works and occasionally holding screen printing demonstrations.

An exhibition of his screen prints, The Very Wet Year, is running until the end of the month, and features bird life observed on the 12-acre Luxton’s Lagoon, created by former owner and keen environmentalist Tom Luxton in 1939.

The images depict the bustling and changing wetland scenes influenced by the particularly heavy rainfalls of 2016. They were transferred to silk screen and printed on a hand-painted gouache background, with additional colour spray-painted using a stencil.

The exhibition, open 9am to 5pm daily, is being held in the tack room of the old barracks building, which dates from 1860, and was recently restored by the Friends of Coolart.

The main Coolart house was built in1895 when Frederick Sheppard Grimwade bought the estate and built the homestead as the family’s country retreat. The late Mr Luxton was one of the estate’s longest inhabitants and had the property declared a sanctuary for native wildlife in 1937.