Man of letters turns to books 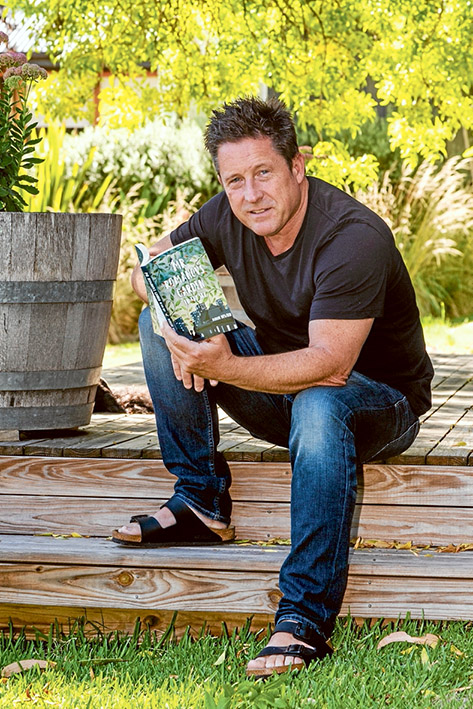 FOR Mt Martha resident, father of three and Melbourne firefighter Rob Newton, the path to becoming an author was anything but conventional.

It started innocently a few years ago with a series of funny, lively and “embellished” letters about his life to his brother Chris, in Sweden. It soon spiralled into a whole lot more, as Chris and his friends became intrigued with the crazy made-up tales Rob was spinning and egged him on to send monthly “instalments”.

“I was never very good at writing letters, so I just started making things up and the stories just grew and grew,” Newton said.

After more encouragement, Newton tried his hand at something more substantial and, drawing on personal experience of his brother’s dyslexia at school, ended up finishing a novel about a boy with learning difficulties.

His first book, My Name is Will Thompson, drew instant praise, and so came seven more novels aimed at young adults readers.

His gift for tackling difficult subjects but infusing his stories with a sense of hope was firmly cemented when one of his next books, When We Were Two, won the 2012 Prime Minister’s Literary Award for Young Adult Fiction.

Writing might seem disconnected from fighting fires, but Newton sees the parallels clearly.

“I guess I feel lucky in that I try to write from the heart, and I think drawing on some personal experience is good because it resonates with readers,” he said.

”There is a connection between my life as a firefighter and my life as a writer, because they both are unpredictable and challenging, and when I sit down to write I never really know what I’m going to get, just like going to work.”

Newton’s eighth book, Mr Romanov’s Garden in the Sky, is slightly more confronting, but also draws on personal experience and has been described as “heartfelt, evocative and compelling”.

The novel is based on a true event few years ago on the 10th floor of an inner-city public housing flat, where a young woman was discovered lying in the corridor, dying from a drug overdose. Newton was on call and arrived with his crew before the ambulance to find a scared young girl wearing pink pyjamas, sobbing and carefully holding her dying mother’s hand. That image haunted him for years and, while he never found out what happened to the little girl, the book puts the mystery to rest and is as cathartic for Newton as it is absorbing to read.

Mr Romanov’s Garden in the Sky was released on Monday 27 February through Penguin Australia.