Bid to ‘save’ Rye reserve 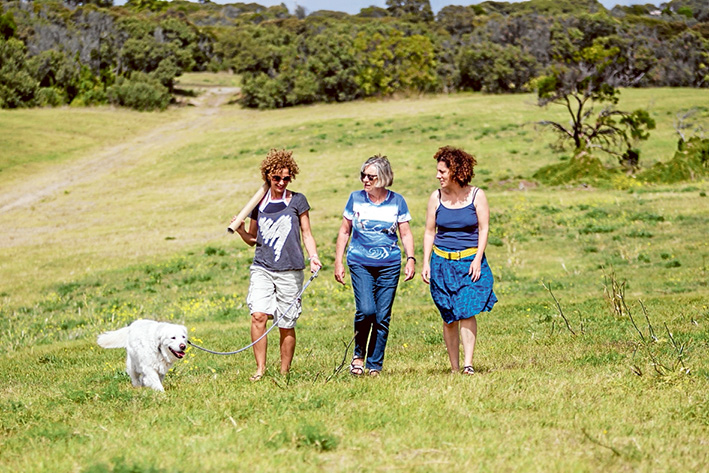 RYE residents are being asked to help shape the future of the community and have a say on what happens to 7.2 hectares of vacant land in French St.

A group of residents have set up a campaign website called the French St Project to encourage Mornington Peninsula Shire to keep the land for community use.

The council has indicated initial support for reserving the land – zoned public open space – and has opened up the issue for comment with an online survey asking for suggestions.

Campaigner Heidi Duell said a community meeting organised by the French St Project group in April was another way residents could come together to show their support for protecting the land.

“There is no suggestion at this stage that the land will be used for any type of development, but we need successful community consultation to gain the use of this land for all of us.”

She said the land should be kept as an ongoing community asset and could be a “sustainable, inclusive community connection point”.

Ms Duell, who ran as a council candidate in 2012, said many people had expressed their desire to see the area designated as a dog-friendly site.

She said a proposal had also been submitted from a local indigenous group to base cross cultural programs, establish indigenous planting and “celebrate the interdependence of the land and its people” at the space.

“The importance of the land use being intergenerational has been noted and we hope to see equitable access to the land and programs that are mindful of everyone in our community.”

People can complete the surveys or drop suggestions in to one of the new bird-shaped suggestion boxes dotted around Rye, including the one at French St. The suggestion boxes, made by the New Peninsula Men’s Shed, were installed throughout December and are also at the Lyons Street pocket park, Rye foreshore playground and various shops and cafes.

The community meeting will be on Thursday 20 April at Rye Civic Centre, 7.30pm.

The survey can be found at:  surveymonkey.com/r/FrenchStRye3941