Jemma going short for the cause 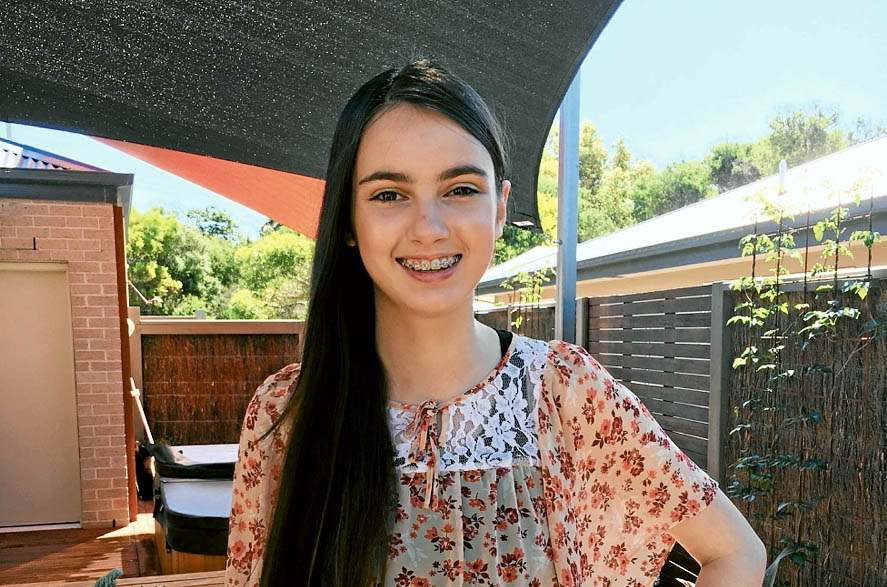 NOT too many 15-year-old girls would voluntarily shave off their hair, but for Rye teenager Jemma Tolson, the loss of her enviable long tresses is a small price to pay to help others.

The year 10 Rosebud Secondary College student is raising money for the Leukaemia Foundation’s World’s Greatest Shave and will say goodbye to her mane on Thursday in front of the entire school.

Jemma’s grandfather died of leukaemia two years ago, but the idea to be brave and shave was a seed planted long before that.

“I have thought about it for years as a good way to raise money for charity, but when my grandfather died, it just spurred me on,” she said.

Jemma has so far raised about $1800 with the help of friends and family, but is hoping to lift that figure.

Bursting with pride, her mother Andrea said Jemma was determined to help the Leukaemia Foundation and had come up with the idea herself.

“I’m so proud of her efforts and that she is prepared to lose her beautiful hair so she can help others.

When Sorrento Primary School students heard about Jemma’s brave shave, they decided to hold a free-dress day in the next few weeks and donate all the proceeds to Jemma’s cause.

Jemma admitted to being a bit nervous about Thursday’s shave, but confident that she can cope with the shock of a bold new look.

“I think it’ll be ok, I’ve got plenty of beanies.”