Island ferry out to tender 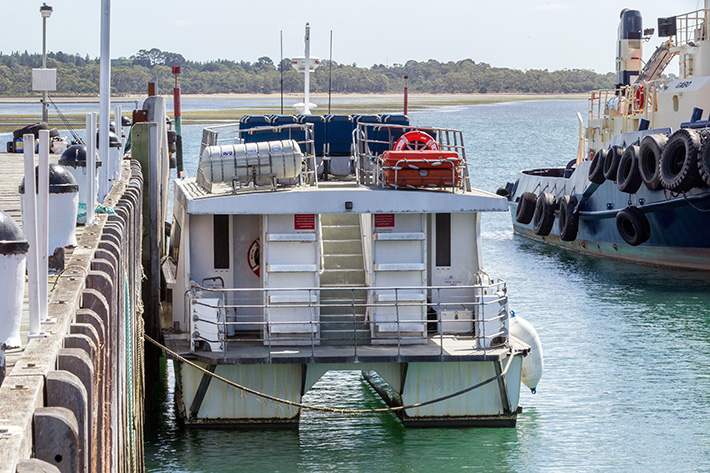 THE state government is promising strict contract conditions to ensure a reliable ferry service from Stony Point to French and Phillip islands.

Public Transport Victoria is offering a five-year contract for the service with a five-year extension option.

The current contract ends in June and tenders for the contract close 5 April, with the successful applicant expected to be announced in May.

“PTV understands the importance of public transport to remote communities and the successful bidder will need to be able to demonstrate they can provide a reliable service for the local community and for visitors.”

Mr Fedda said tougher KPIs (key performance indicators) would be added to the new contracts “to ensure locals and visitors benefit from improvements to service standards and reliability on the public transport service”.

The ferry service, which operates daily between Stony Point and French and Philip islands, has been accused of being unreliable, with students sometimes left stranded on the mainland (“No ferry: islanders isolated” The News 11/3/15).

Mr Fedda said ferry services will operate as normal over the period of the tender process and during any transition period “should a new operator be appointed”.

Two years ago The News reported on the recent “more than 70 [ferry] cancellations” (“Ferry tender may be two years away” 15/4/15).

“Despite numerous letters from islanders to PTV and the amazing support by our local member [Hastings MP] Neale Burgess, the amount of cancellations is increasing,” a resident – who did not want to be named – told The News. “There have been more than 70 cancellations in the past two months causing under aged children to get stuck on the mainland after school with no possibility of returning home for days.

“Imagine that your children cannot come home from school, in one case up to a week. At other times small boats help out to get people across to the island – sometimes under dangerous conditions.”

A PTV spokesperson said the ferry could not operate in winds of 25 knots or more and that cancellations had increased “due to the operator experiencing breakdowns on both of his vessels on the same day.