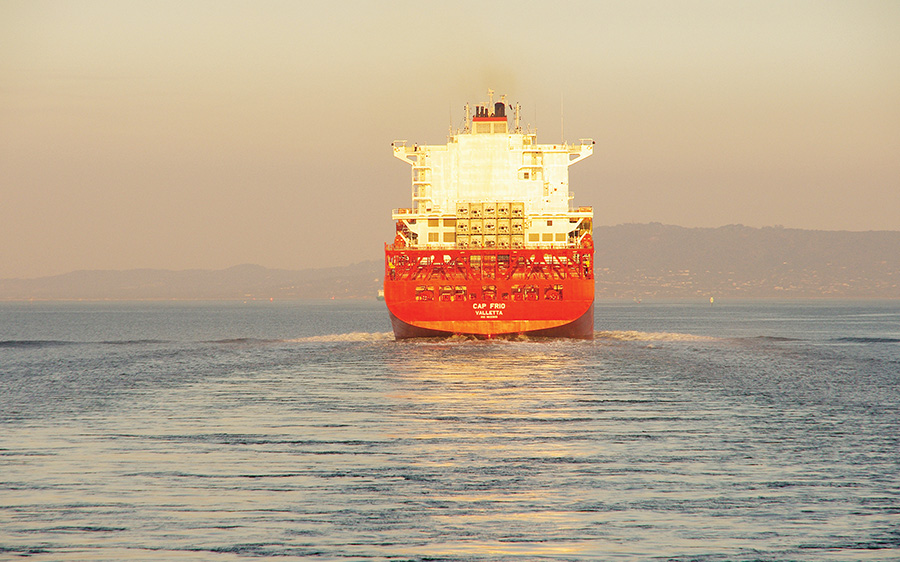 THE state government has been told that it should rule out Hastings for the state’s next container port on economic and environment grounds.

Infrastructure Victoria last week recommended that a container port be built at Bay West, in Port Phillip north of Geelong.

The Advice on Securing Victoria’s Ports Capacity report also states that it is unlikely there will be a need for a new container port until 2055, with detailed planning needed to begin in 2040.

The recommendation is not binding and state government’s are becoming notorious for overturning decisions made by their predecessors.

While a previous state Labor government saw Hastings as its preferred site for a container port, this was changed after the subsequent Liberal state government established the Port of Hastings Development Authority.

Following Labor’s 2014 election victory the authority was stripped of finance and staff.

Infrastructure Victoria’s CEO Michel Masson said the decision favouring Bay West was “based on new evidence and a direct comparison of all the available options – something which had never been done before”.

In March, Infrastructure Victoria released a discussion paper which showed building a container port at Hastings was more than double the cost of the Bay West option, $12.8 billion as opposed to $6.14 billion (“Hastings costliest port option” The News 14/3/17)

“The Port of Hastings will be an important part of Victoria’s future commercial port network and is particularly well suited to handling automotive trade, while the ports of Geelong and Portland could grow their existing trades and support emerging supply chains,” Mr Masson said last week.

“Bay West has strong transport, land use, environmental and amenity advantages when compared to Hastings. It can initially handle overflow container capacity, but is also well suited to becoming Melbourne’s future container port in the longer term.”

The advice from Infrastructure Victoria also comes at the same time that the government will take over the management of the Port of Hastings through the Victorian Channels Authority.

As from 1 July the harbourmaster and assistant harbourmaster will be responsible for shipping in and out of Western Port with the Port of Hastings Development Authority managing the ports on-land requirements.

Eight development authority staff – down from a peak of 30 full time and 30 part time staff, including consultants – will move from their offices in High St, Hastings to Stony Point.

About 100 ships have visited the port in each of the past three years, either picking up gas, crude oil or steel for export or importing petroleum products. In the 1970s and 1980s there were about 600 ship movements a year.

Shire councillors were briefed in March by Infrastructure Victoria in the lead up to the release of its latest report recommending against a container port at Hastings.

The mayor Cr Bev Colomb said on Friday the council was disappointed by at the Bay West decision.

The shire had seen a container port at Hastings as a “key strategic priority” and would keep telling the government that Hastings “is the right solution”.

“The shire strongly believes that a green port should be developed to showcase ‘green’ technology and international best practice in marine and terrestrial environmental management recognising the environmental and cultural heritage values of Western Port,” Cr Colomb said.

Meanwhile, Kawasaki Heavy Industries appears to be continuing its plans to export liquid hydrogen from the Port Hastings.

At the same 20 March briefing councillors were given information about by Kawasaki’s “hydrogen energy supply chain proposed pilot project”.

The shire’s chief operating officer Alison Leighton said on Friday that Kawasaki was considering BlueScope Steel’s existing wharf in Hastings for its “pilot project for the production of hydrogen energy in Victoria”.

She said the company had not applied for a planning permit and it would also need permits from state and federal authorities.

“If successful, the plant project is not expected to begin operations until 2020,” Ms Leighton said.

Hastings MP Neale Burgess has accused the state government of signing a secret deal with Kawasaki that could lead to “long coal trains or a coal slurry pipe bringing huge amounts of coal to Hastings, building of a huge coal gasification plant at Hastings and the produced hydrogen being shipped through Western Port” (“Secret deal for toxic plant – MP” The News 24/1/17).

Kawasaki says it has been negotiating with state and federal governments for six years and has never been involved in plans to process coal at Western Port.

However, it is understood a pilot plant to extract gas from coal may be built at Hastings before any major construction near the source of the brown coal in the Latrobe Valley.

Ironically, the French company that closed the Hazelwood powers station leading to hundreds of jobless in the Latrobe Valley is part of a consortium promoting the use of hydrogen as a power source alongside solar and wind.

Engie is reported to be building a test power grid on a small island off Singapore where it will use hydrogen gas to convert power from solar panels and wind turbines into stored fuel.