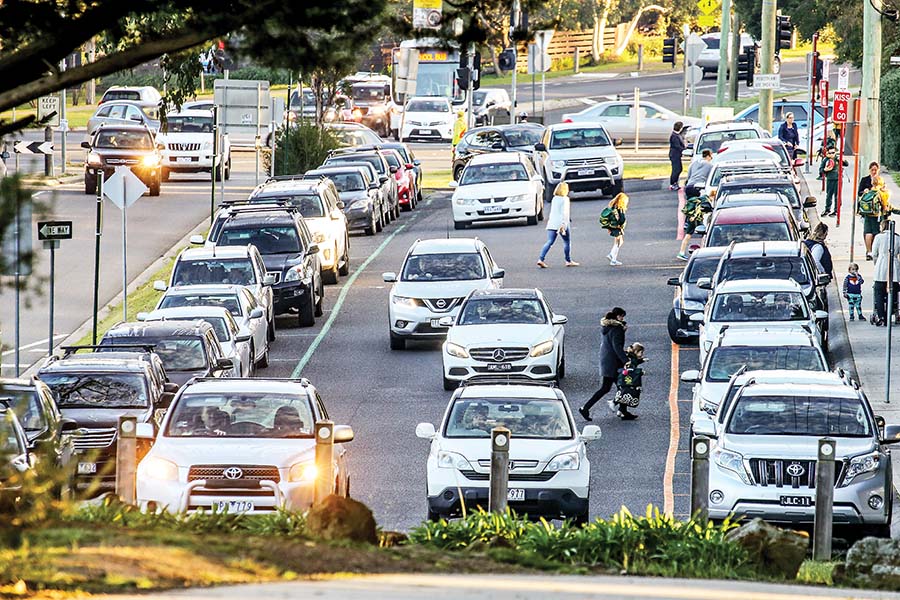 STATE road authority VicRoads wants to charge Mornington Peninsula Shire annual rent of almost $22,000 for an unmade car park used by people dropping off and picking up children from schools in Mt Eliza.

The rent claim was described by Mornington MP David Morris as “nonsense” after he called on Roads Minister Luke Donnellan to direct VicRoads to charge a much smaller amount for the land.

“What VicRoads is asking for is unfair and unsustainable,” Mr Morris said.

The car park is on the road reserve at the south corner of Nepean Hwy and Canadian Bay Rd. It has been used for more than a decade as an informal drop-off and pick-up place by parents wanting to avoid traffic chaos near Mt Eliza Primary School and Mt Eliza Secondary College.

Mr Morris, a Liberal, has called on Labor minister Donnellan to “facilitate a low-value, non-commercial lease”.

“Providing free and short-term parking for parents is not a commercial activity,” he said.

“Improving the car park is vital for the safety of drivers, parents and students of the schools in Mt Eliza, which urgently require more safe parking spaces.”

Gravel and wooden bollards were placed on the land about 10 years ago but it was used before that by enterprising parents who parked and walked along a track to the primary school to collect their children.

The primary school has strict guidelines about car parking after years of traffic congestion creating safety hazards. The topic was covered in The News last October (“Parking woes lead to traffic chaos”) after complaints about parents double- and triple-parking outside the school in mornings and afternoons.

Anecdotal evidence suggests some parents arrive up to one hour before school is dismissed so they can find a park and wait for their children. The school advises parents not to park in certain places including the car park of a veterinary clinic on Mt Eliza Way.

Others who miss out parking in the service road outside the school collect their children from nearby spots including streets off Mt Eliza Way, St James the Less Church’s car park – and the VicRoads-owned corner at Canadian Bay Rd.

“We have worked with the council, the police and the school community, and implemented lots of strategies to improve the safety of pick-up and drop-off times.”

The school has almost 650 pupils this year.

Speaking in Parliament recently, Mr Morris called on Mr Donnellan to ensure the safety of drivers and particularly of young students by getting VicRoads to reduce its rent for the land.

“There has been a long-standing issue with parking in Mt Eliza for the primary school but also Peninsula Grammar, which is adjacent, Mt Eliza Secondary College and, to a lesser extent, St Thomas More Primary School,” he said.

Mr Morris said the federal government had given Mornington Peninsula Shire $280,000 to improve the car park. It would be expanded, more gravel added and parking bays more clearly defined but nothing could be done until the rent matter was resolved.

He said Mr Donnellan had “the authority to lease the property on the basis of a peppercorn price; the minister must do so for the safety of the Mt Eliza community”.

Before last year’s federal election, Liberal Dunkley candidate Chris Crewther (who was subsequently elected to replace the retiring Bruce Billson) and Paul Fletcher, the Minister for Major Projects, Territories and Local Government, promised the money and issued a statement saying the money was “in response to concerns raised by members of the ‘Room to Move’ community group and parents, which led to the former Member for Dunkley Bruce Billson convening a roundtable in September 2015”.

“VicRoads has provided an estimated value for the site. The shire has been invited to provide its own evidence for comparable sites for negotiation purposes.

“VicRoads manages a large amount of car park agreements across a number of government agencies. Car parks do not automatically qualify for an exemption under the Land Transaction Policy relating to public use.

“VicRoads has sought more information from the shire about the need for car parking and enforcement, and is waiting on this information.”