Island not a ‘natural’ home for koalas 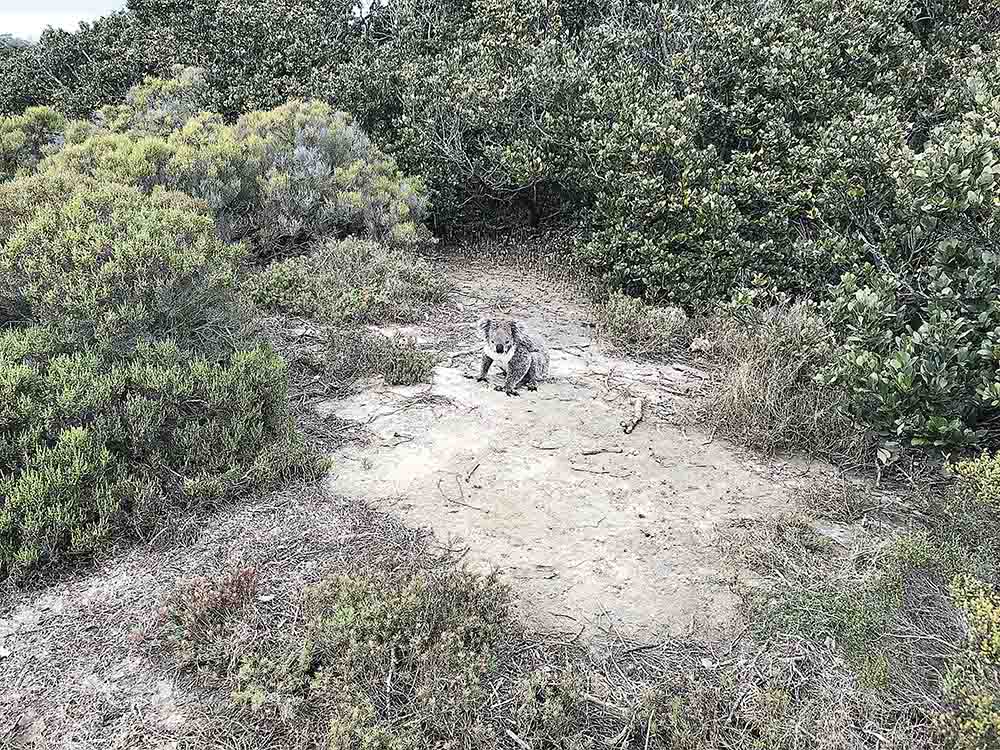 THE history of a koala rescued from a mooring near Warneet and its safe delivery back home to nearby Quail Island can be traced back to the 1920s.

Research by Hastings historian and author Ruth Gooch tracing the rise and fall of the island’s koala population shows that the one picked up on Sunday 8 October by the Coast Guard is one of just a few still calling the island home (“Soggy koala finds solace in blanket” The News 10/10/17).

There have also been other accounts of koalas swimming between Warneet and the island, with some becoming stranded on moorings, possibly caught by the “dramatic” 3.42 metre tides.

Gooch says the koalas swimming style has been described as “neither a dog paddle nor a breast stroke, but a bit of both”.

But back in the 1920s it wasn’t koala drownings that most concerned the then chief inspector of fisheries and game Frederick Lewis, it was the animals’ imminent extinction.

Lewis said the only way to avoid koalas becoming extinct on the mainland was to put them on islands in Western Port for protection.

As Gooch’s research shows, elsewhere in Australia koalas were still being slaughtered in their thousands for the fur trade.

Although introduced to both Phillip and French islands in the early 1880s, Lewis was concerned that Victoria’s koalas were threatened by habitat loss.

He saw Quail Island as an ideal refuge for koalas and requested the Lands Department to declare it a sanctuary, saying it was already home to “silver gulls, kangaroos, magpies, opossums, plover, bronze-winged pigeons, quail, wallabies and black swans”.

Through Lewis’s efforts, the island was declared a Sanctuary for Native Game on 13 March 1928, with 165 koalas being transferred from French Island in 1930, where residents were complaining about them destroying manna gums in windbreaks.

It was reported by the West Australian newspaper in 1933 that the then uninhabited Quail Island was the only “native animal settlement in the world where animals are permitted to thrive undisturbed in their natural sanctuary”.

Three years later disaster struck, with koalas being decimated by a fire suspected of being lit by a farmer leasing grazing land.

Koala numbers had recovered to about 150 by 1938, but it seems their health and welfare was forgotten during most of the World War II, until writer and photographer Ronald Monro made a return visit in 1943.

On his first visit in 1939, Monro had recorded finding “delightful koalas everywhere”. Four years later, after being discharged from the army, Monro described hundreds of koalas starving as they sat in the limbs of dead trees. He saw koalas fighting over “stray leaves”.

Wildlife experts visiting the island a few days after Monro’s report in the Herald predicted the hundreds of remaining koalas would be dead within a month unless they were moved.

Monro’s report was contested by Frederick Lewis, whom said healthy koalas were living elsewhere on the island.

The conflicting reports led to the government promising to keep a closer eye on the koalas which, in turn, then saw koalas translocated from Quail, Chinaman and Phillip islands.

Since then Quail Island’s koala population appears to have never again reached its level of the late 1930s.

Copies of Quail Island, Western Port, Victoria can be bought from www.ruth-gooch.com