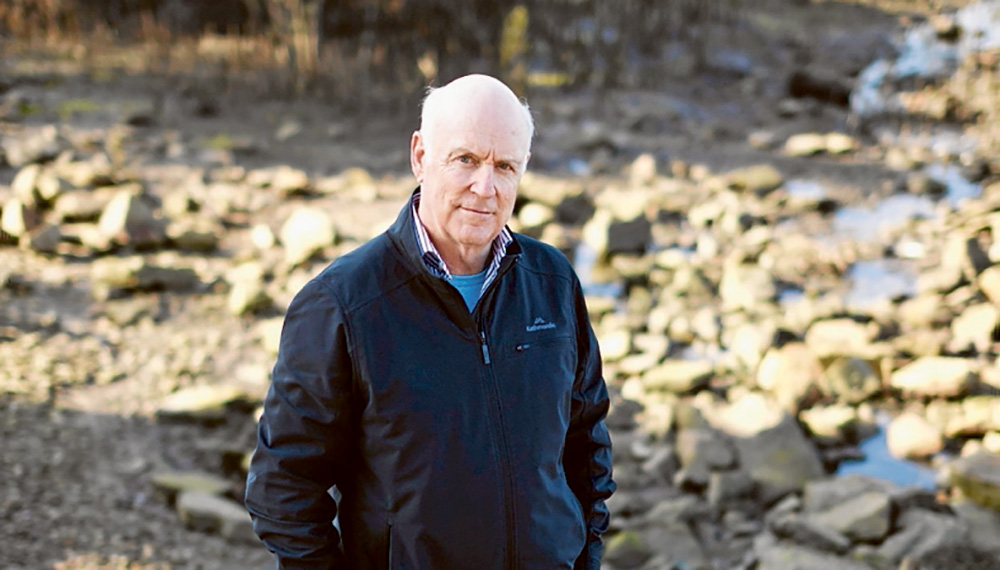 JOHN Clarke made a name for himself as a stalker of politicians and hypocrites. He managed to pour scorn with a twinkle in his eye and a half smile, leaving his target little choice but to respond in the same way.

Sometimes his barbed comments were so sharp his victim would be impaled before he or she had a chance to realise the space they now occupied.

But Clarke, who died Sunday 9 April this year, also enjoyed a sometimes-solitary pastime that also involved a great deal of subterfuge and stalking. The cutting comedian photographed birds.

He had a special soft spot for the birds that frequented the mangroves, mud and sand banks of Western Port, a sensitive ecosystem that Clarke tried to protect at every opportunity (“Defender of the bay dies while hiking in the hills” The News 11/4/17).

His prize was to capture a memorable image, one that in some way gave the observer an insight into the bird.

His public side – most notably in sketches over the past 25 years with his on-screen foil and long time friend Bryan Dawe that satirised politicians and the pompous – was also designed to leave a lasting image, but it would be one that could be referenced and gauged against the future actions of a public figure.

It is interesting to note the relevance of the weekly Clarke & Dawe “interviews” (now being re-screened by ABC TV), confirming the epigram of French author Jean-Baptiste Alphonse Karr (1808-1890) “the more things change, the more they stay the same”.

Clarke, 68, owned a house at Phillip Island and was a founding member of Western Port Seagrass Partnership, which lobbies for the protection and restoration of Western Port and its catchment.

Images of birds taken by Clarke are now included in a calendar being released to raise money for two organisations which he backed: ABC Friends National and the Trust for Nature.

“John Clarke made us all laugh with his genius wit and satire, but he wasn’t your normal comedian,” ABC Friends National spokesman Ranald Macdonald said.

“He wasn’t prone to public display and overexposure, he was a deeply private person.”

“He was a natural photographer, though the photographs must have taken a great deal of time, patience, and concentration to achieve.”

The calendar can be bought for $25 at abcfriends.org.au/index.php/product/2018-calendar/