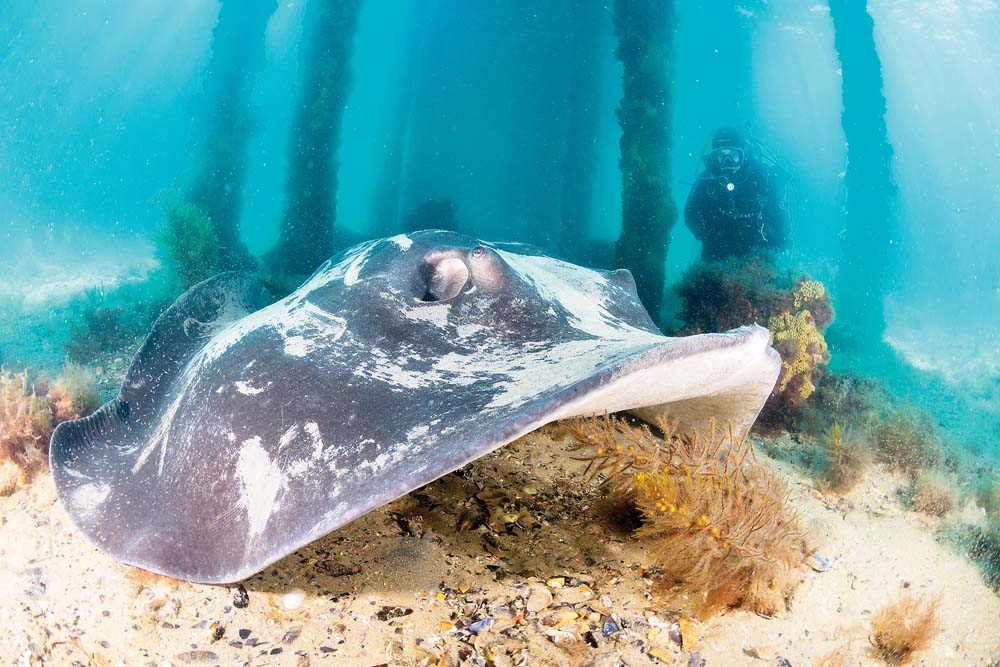 A CAMPAIGN to save stingrays in Port Phillip Bay has made authorities act to increase protection for the animals dubbed “the puppies of the sea” by environmentalists.

The Labor state government announced last week that recreational fishing rules will be tightened from 7 November to “ensure these beautiful animals are treated with respect”.

An 800-strong Project Banjo action group, led by Safety Beach resident and scuba diver PT Hirschfield, has campaigned for months for state authorities to ban the catching of rays from piers and jetties along the bay (“Cruel end for ‘puppies’ of the sea”, The News 18/4/17).

The #RaysAwareness anti-cruelty campaign was triggered by the killing of a smooth ray on Rye pier on 2 April and the unfair demonisation of stingrays in the wake of the tragic death of wildlife conservationist Steve Irwin from a freak stingray injury to the heart in 2006 off the coast of Queensland’s Port Douglas while diving at Batt Reef.

“The campaign was not about demonising fishermen in any way either — it’s all about working towards best practice,” she told The News.

“In actual fact, things like the exclusion zone of 400 metres around a man-made structure is a win-win for all water users because when those animals are free to be able to do the job of being ‘vacuum cleaners of the sea’ around man-made structures that creates a healthier ecosystem to fish from, to dive in and swim in.”

Ms Hirschfield acknowledged most anglers do not target rays since the sea creatures are not generally regarded as seafood in Australia but is it good to recognise the rays’ role in helping the underwater environment.

“The regulations will be part of a broader campaign of education and enforcement that we hope will be a positive experience for everyone.”

“It’s really more on social media where you sometimes see people who don’t have the opportunity to encounter how great rays are who have that residual fear.

“That fear has come from the passing of Steve Irwin. It kind of put rays in the same light as Steven Spielberg’s Jaws — one event has coloured the true perspective.”

Ms Hirschfield said most bay residents and visitors love rays and they are a tourism drawcard.

“We recognise the need to inform beginners and expert anglers alike about the new rules, which is why a dedicated education and enforcement effort will be delivered through spring and summer.”

Additional signage will be installed on piers around Port Phillip, Western Port and along Victoria’s coast to make fishers aware of the new rules prohibiting the catching of rays from within 400 metres of any man-made structure.

The new regulations are the result of about 1200 submissions to the VFA during a public consultation process. The vast majority of submissions supported greater protection for rays, skates and guitarfish.