Frogs leap to the top after victory

By IT GullyDecember 18, 2017No Comments2 Mins Read 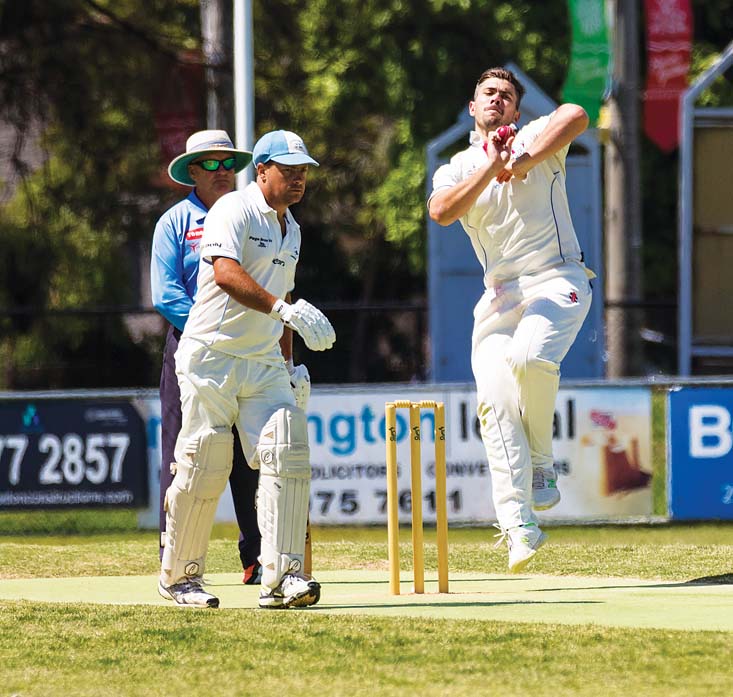 TOOTGAROOK will spend the MPCA Sub District Christmas break on top of the ladder after recording a solid victory against Carrum Downs on Saturday.

It was a tough task for the Frogs, chasing down 198 for victory on the second day of a match.

However, they did it emphatically with a wicket and a massive 25 overs to spare.

Travis French was again superb at the top of the innings for the Frogs, however, the match winner was Scott Stirling, who blasted 84 to get his side over the line. Stirling went out when his side was already four runs ahead.

Jayden Barker was the pick of the bowlers for the Cougars with 3/29 from 13 overs.

Tyabb pulled off one of the wins of the season, coming from nowhere to beat Frankston YCW.

When play ended last week, the Stonecats had 153 on the board and had Tyabb reeling at 7/44.

Whylie finished with 78 and Kyle Martin (11 from 51 balls) hung around long enough at 11 to see the Yabbies score 165 and steal victory. Andrew Kitson finished with and amazing 9/62 from 32.2 overs for the Stonecats.

Boneo had a fair crack at victory against Carrum but finished 50 runs short. Chasing Carrum’s 8/246, the Pandas gave themselves every chance with Jack Beale scoring 58, Mitch Smith 35, Alex Petrovic 32 and Corey Peterson 23. One of them need to go on and make a much bigger score.

Dromana made light work of Balnarring, winning by 70-plus runs.

Defending 234, Dromana rolled the Saints for 154. Nathan Kleinig top scored for the Saints with 68 while Jack Fowler claimed 5/44 from 16.2 overs and Zac Klan picked-up 3/27 from 16 overs for the Hoppers.

Ballam Park went within 30 runs of victory against Skye after resuming in trouble at 5/46.