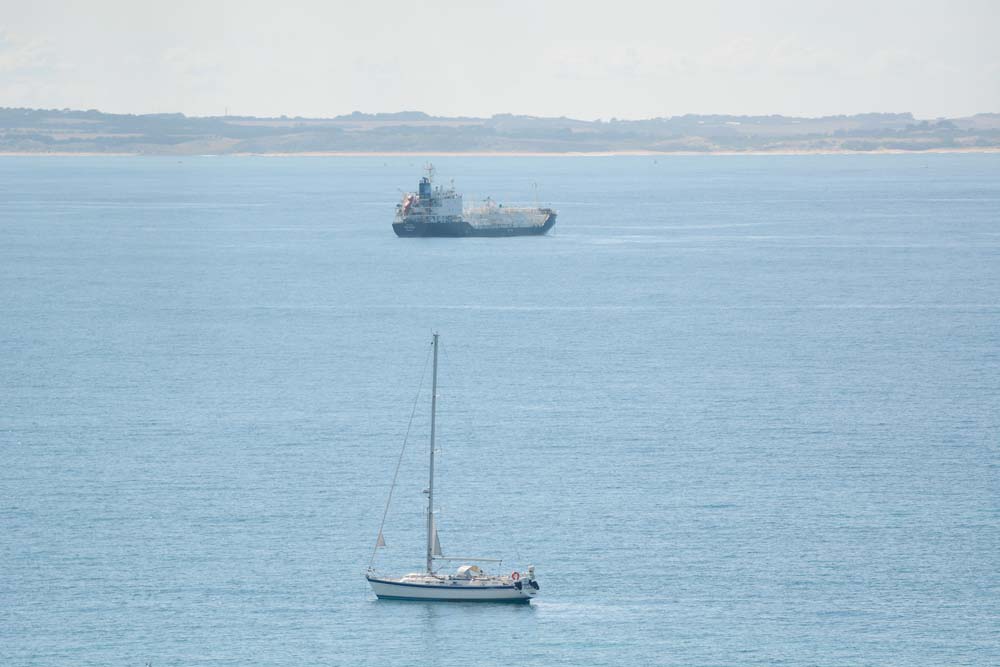 If given the go ahead, the company would bring the first gas ashore in about two years – in time for winter 2020.

AGL last week said environmental studies were “almost finalised” and it was “well advanced” in the process to lease an FSRU (floating storage and regasification unit) and source gas.

The liquefied natural gas (LNG) would be shipped to Western Port and then heated to turn it into gas before being fed into a pipeline for the domestic market.

Once operating, the FSRU would receive LNG from about 40, 290 metre long gas ships a year.

The studies and planning to import gas by AGL have included public consultations which, in turn, have raised alarm over safety and threats to the environment.

AGL has given assurances that all steps will be taken to ensure the floating gas plant is non-polluting and is made as safe as possible.

It says the “worst case scenario” of a one kilometre radius vapour cloud would require “some sort of catastrophic failure of the hull and all safety systems … [it] has never occurred and is thought to be highly unlikely”.

The comnpany also says there can be no guarantees of jobs for locals as the positions will require specialists.

Western Port was chosen by AGL as being the most feasible for a gas terminal over Port Adelaide in South Australia and Port Kembla in New South Wales.

The proposal has also highlighted government tax policies which make it cheaper for gas to be imported, even though Australia is one of the world’s two largest exporters. Although Victoria produces more gas than it uses from fields in Bass Strait, the LNG would be imported from elsewhere in Australia and overseas.

His prediction was proved correct last week when the federal Liberal government and Victoria’s Labor government announced a joint $100 million commitment to a four-year pilot coal-to-hydrogen project that will see hydrogen gas trucked to a plant at Hastings to be liquefied before being shipped to Japan (see “Parties unite over power”).

Neither Mr Burgess nor his federal Liberal counterpart, Flinders MP Greg Hunt, responded last week when asked by The News if they favoured AGL’s proposal for Crib Point.

“The process needed to turn the liquid gas into its gaseous form for consumers to use as energy employs local sea water to circulate through the plant which then gets released back into the bay 6°C cooler than its original temperature,” the two wrote in an article submitted to The News.

“Those that argue about the temperatures continuously being in a state of flux need to know that this will be a continuous flow of colder water and a radical change in the overall temperature of the waters flowing between French Island and Woolley’s Beach will take place.

“To say this will not affect all life in the bay one way or another is to be purposefully irresponsible about the delicate and exclusive marine ecology of Western Port.”

While agreeing with AGL that the threat of an explosion is small, the authors say it would result in a one kilometre radius fireball.

“Imagine if this were to happen on a summer’s day, when the temperature is in the late 30s and everything is dry and combustible without even coming into contact with flames. And this is without mentioning the destruction of the shockwave which occurs with such a giant explosion.”

Ms van Rood and Ms Sands say water could be polluted by chemicals used to preserve “seawater pipes from biofouling”.

“Besides these environmental risks, it is worrying that the Victorian government supports a gas infrastructure like this current project of AGL’s … [while] new research reveals that In the long run gas is just as bad as coal, with its methane by-product, which heats up the atmosphere even more quickly than the CO2 of coal.”

Rod Knowles said he and at least 50 others on the online Crib Point Community Notice Board “are concerned about [AGL’s] proposal, particularly from the environmental and fire danger perspectives”.