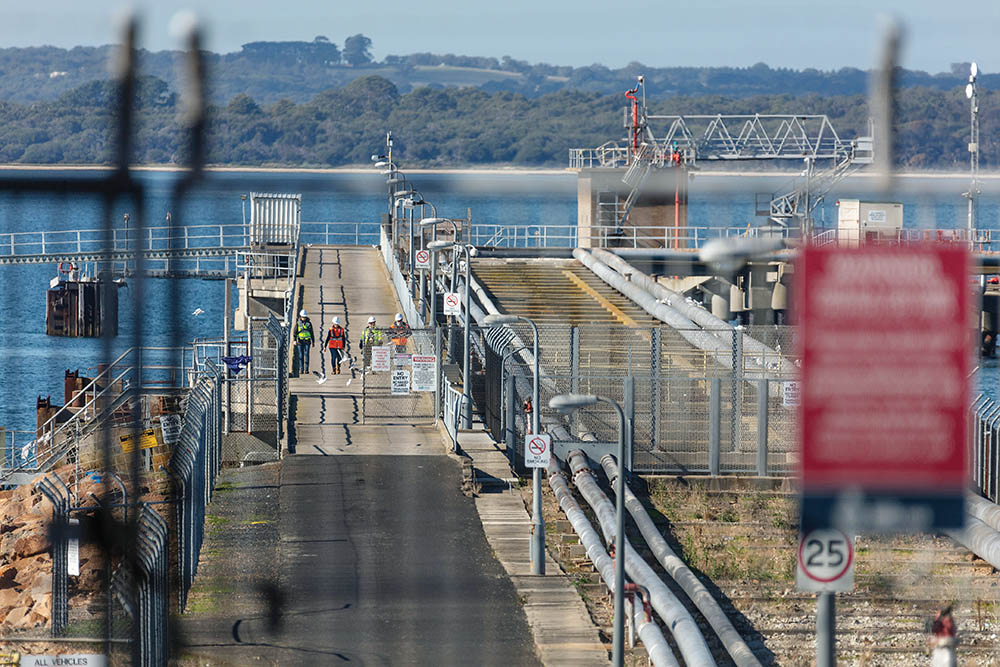 The company said one of the agreements “enables berth upgrades at the Port of Hastings as well as a leasing agreement that would be required, should the AGL project go ahead”.

The other agreement involves building a gas pipeline from Crib Point to Pakenham.

The project for the 300 metre long floating storage and regasification unit (FSRU) has yet to receive government approvals and the go ahead from the AGL board.

Announcement on Tuesday of the agreements came with assurances that completion of the gas terminal will guarantee power discounts for small businesses.

The announcement also comes three days before the 15 June deadline for submissions to AGL about the plan.

The Save Westernport – No Gas terminal for Crib Point group says the FSRU will pose a safety risk to the town and endanger Western Port’s marine environment. The group is holding a public rally on Sunday 1 July.

His Liberal federal colleague, Flinders MP Greg Hunt has been less forthcoming but last week issued a statement saying: “I have long argued that South Port is not the place for industrial development and my view hasn’t changed in a decade. This applies to all such proposals.

“Crib Point has become a residential community over the last few decades and it has long been my view that it should not be reindustrialised. It is up to the Andrews Government to explain why it wants to reindustrialise Crib Point.”

Mr Hunt has been criticised for telling residents asking him about the project to visit AGL’s website. The News has asked him if he regards the floating gas terminal as industrialisation.

A letter distributed to residents in April by the Port of Hastings Development Authority said repairs and additions to the Crib Point jetty were being done “should the project proceed” (“Jetty gets ready for gas” The News 15/5/18).

A statement issued by AGL this week quotes the port authority’s CEO Malcolm Geier as saying he is “working with AGL as the project assessments and feasibility studies continue”.

“The port team looks forward to working with AGL and the community on the next phase of what is an exciting project for the port and Crib Point,” Mr Geier is quoted as saying.

A separate news release from the port authority said Mr Geier “noted that the port was fortunate to be in a position to be able to assist AGL in securing Victoria’s gas supply needs”.

“The port is well placed with natural deep water channels and existing infrastructure available to facilitate projects such as AGL’s.  The prospect of the port playing a part in AGL’s plans to secure the state’s gas supply needs and provide additional competition in the domestic market is exciting.”

The second agreement signed by AGL this week is with the APA Group for a gas pipeline from Crib Point to Pakenham.

“We will continue to engage and involve any stakeholders in the assessment process.

“We’re carrying out feasibility into using the Crib Point Jetty because this has been identified as the best site to minimise local impact.

“We are very aware that Western Port is an environmentally sensitive area and many areas within it are covered by the RAMSAR international convention on the protection of wetlands.

“There is already an existing jetty that currently functions for petrol importation.

“It has an existing deep water berth that does not require deep dredging and importantly it’s a relatively short distance from the Victorian gas network.”

Mr Parkinson said another location “would require the construction of a new jetty and significant excavation of the bay floor”.