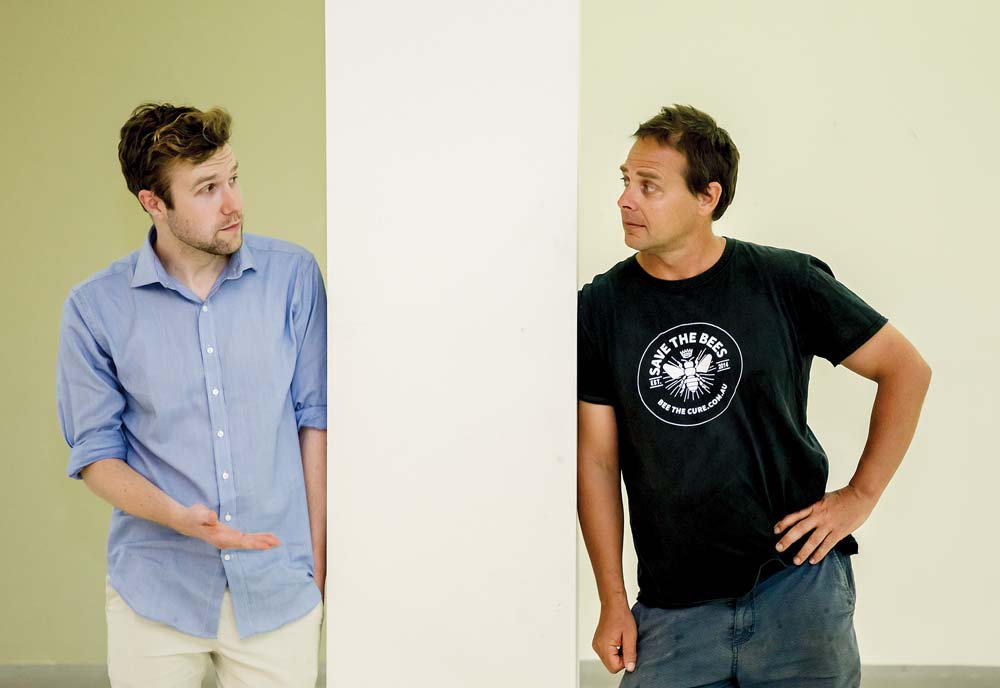 NEW Nepean MP Chris Brayne received a congratulatory handshake from defeated independent Simon Mulvany after the declaration of the poll at the Australian Electoral Commission offices at Dromana in last week.

Mr Mulvany was the only one of four losing candidates to attend Wednesday’s declaration, the official acknowledgement of Labor’s stunning victory.

The coloured electoral map now shows the surviving blue Liberal seats sandwiched between the red of Labor in Nepean and Frankston.

Mr Brayne’s election turned history on its head and has cast doubts on the Liberals’ hold on the federal seat of Flinders, currently held by Health Minister Greg Hunt.

Mr Hunt last week said the party would “assess the [state] election result, as we do with all elections, while continuing our work representing the people of Victoria” (“Federal Liberals blamed for lost support” The News 5/12/18).

In the lead up to the state election Mr Brayne, 25, gave himself little chance of winning the bluest-of-blue seat against the Liberals’ Russell Joseph, office manager for incumbent Martin Dixon who had held the seat for 16 years.

An arts graduate, Mr Brayne had been chosen by the Labor Party just three months before the election to contest the southermost one of three “unwinnable seats” on the Mornington Peninsula – the others being Hastings and Mornington.

On election night (Saturday 24 November) Mr Brayne had been with friends and supporters at his Balnarring home before joining campaign manager Josh Sinclair for a catch-up at a Mornington McDonald’s when the surprisingly strong ALP-results started coming through.

“The ABC had called [the Nepean win] but we thought they were very premature,” said Mr Sinclair, of Baxter, who in 2013 contested the federal seat of Flinders against Mr Hunt.

Mr Brayne, the youngest new MP in state parliament, took the southern-peninsula seat with a 12.94 per cent swing against the Liberals on a two party preferred basis.

Election manager Julie Allan declared the official result on Wednesday 5 December with Mr Brayne on 21,512 votes after the distribution of preferences to Mr Joseph’s 20,745 votes.

Ms Allan, who has been an election manager for 24 years, was pleased to receive a call from Mr Joseph thanking her for the way she handled the poll. She said he was “relaxing somewhere up on the Murray”.