Shire to back airshow if permit sought 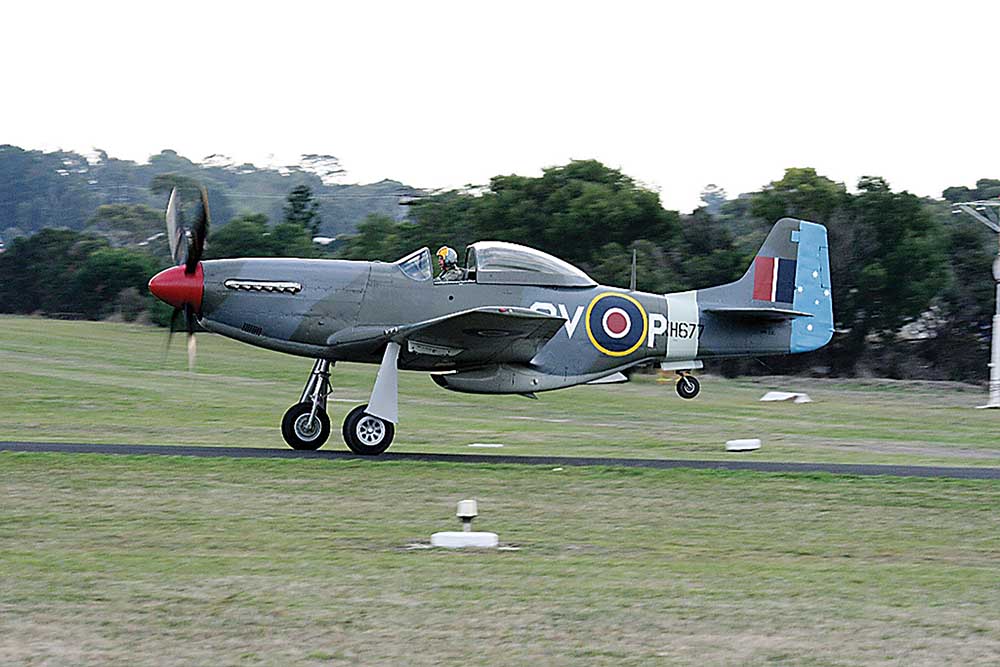 Club president Jack Vevers sees the shire’s insistence that the club seek a planning permit – as normally required for big events – as “blackmail”.

The mayor, Cr David Gill, says the club and businesses associated with the airfield should conform to planning regulations.

Mr Vevers on Sunday issued a news release claiming the shire had told the club it “will not be supporting a permit application to run the air show in 2020”.

Not so, said Cr Gill: “[They] should just put in a permit application and stop misleading people.

“We will work with them to make sure they get a permit for the air show.

“We agree the air show is good for the peninsula, but they should stop this nonsense.”

Mr Vevers said he had been told the shire “would not accept a secondary consent application as they have always done previously”.

“We normally just write to the council and fill in a form which gives us a period to vary our permit so we can run the air show – say, seven days. It’s never been an issue before.

“Now they have told me they want a full planning application before they will even consider it, but that would open up our permits so that they [can] get full control of the airfield.

“They have a win at any cost attitude. They are using the issue as blackmail.”

Cr Gill has rejected suggestions that the council is trying to shut down Tyabb airfield or businesses operating there.

He said the shire wants to “work out the permit and zoning concerns”.

“There has been a lot of misleading publicity about the airfield and it is now time that our community know the facts,” Cr Gill said.

“The council has been trying to resolve the issues including lack of permits, the need for a masterplan and a noise abatement plan, possible rezoning requirements and simply a club willingness to work with neighbours via the existing community reference group.”

Under the Planning and Environment Act, 1987 businesses can be fined $1087 for operating without permits.

Cr Gill’s statement follows council’s receipt of a report by a Queen’s Counsel that reportedly showed some businesses associated with the airfield were operating without the required permits. The News has asked for a copy of the ratepayer-funded report.

Cr Gill said other businesses “must be a little perplexed that they are required to hang their permits on their walls and abide by conditions while at least some private airfield businesses aim to self-regulate within a largely residential area”.

“For decades now the substitute for the rational resolution of problems has been to ramp up the rhetoric and create an ‘us against them’ scenario while clouding the real issues,” he said.

“This leaves me wondering how this is going to help the workers and businesses involved.

“The reality is that complex town planning matters will only be resolved by negotiation and applying standard regulations, not by any amount of abusive or disingenuous campaigning.”

Cr Gill said that contrary to a report in The News (“Airfield reopens after permit talks” 25/6/19) he was “warmly welcomed” to an open day last month at the airfield.

“It was surprising and untrue to read that I wasn’t welcome and didn’t know what I was talking about. There were, though, some who were only prepared to argue and make statements in order to gather support to put pressure on any council decisions,” he said.

“The shire has spent hundreds of thousands of dollars assisting the airfield in the past and I hope continues to help ensure the viability of the businesses involved.

“I listen to all, but that doesn’t mean just agreeing, no matter how influential one group may be. Our community would expect nothing less.”