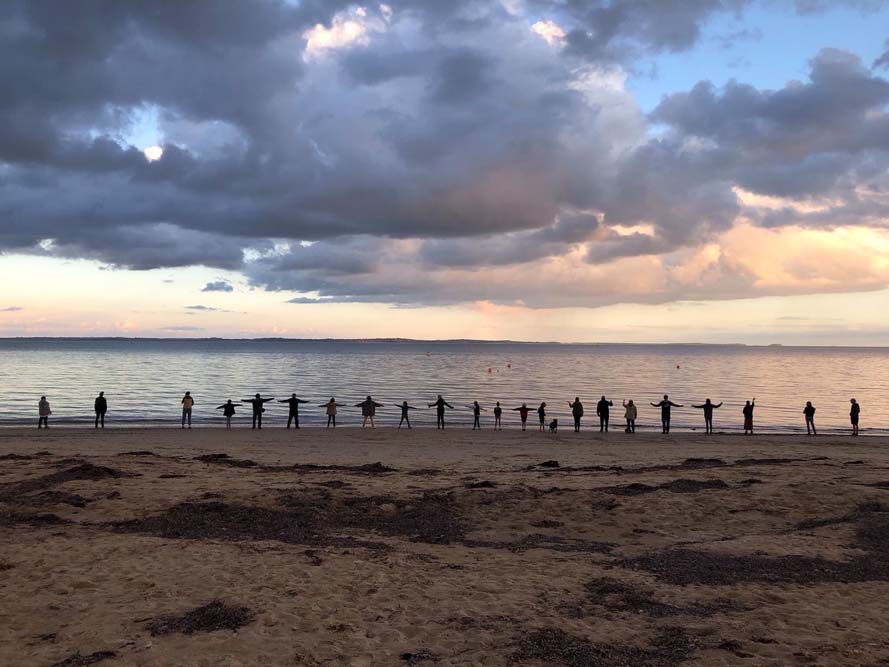 SILHOUETTES along the Western Port shoreline on Saturday marked the shortest day the of year and underlined opposition to AGL’s plans for a gas import terminal at Crib Point.

Save Westernport members saw the winter solstice as symbolic of the outcomes they fear from the gas plan.

Socially distanced, many of those on beaches from Flinders to Hastings and on French and Phillip islands held lighted candles “in a show of appreciation for Western Port’s unique ecology and solidarity against AGL”, Julia Stockigt of Save Western Port said.

Ms Stockigt said the beach vigil “symbolise their determination to stand by Western Port, and do whatever’s necessary to protect it from the exploitation and degradation of new heavy industry, in particular AGL’s gas proposal that would exacerbate the climate emergency and lead to decades more fossil fuel use”.

The state government has announced it will give an extended time, 40 days, for submissions and comments on AGL’s environment effects statement (EES) for the Crib Point project and the planned gas pipeline to Pakenham.