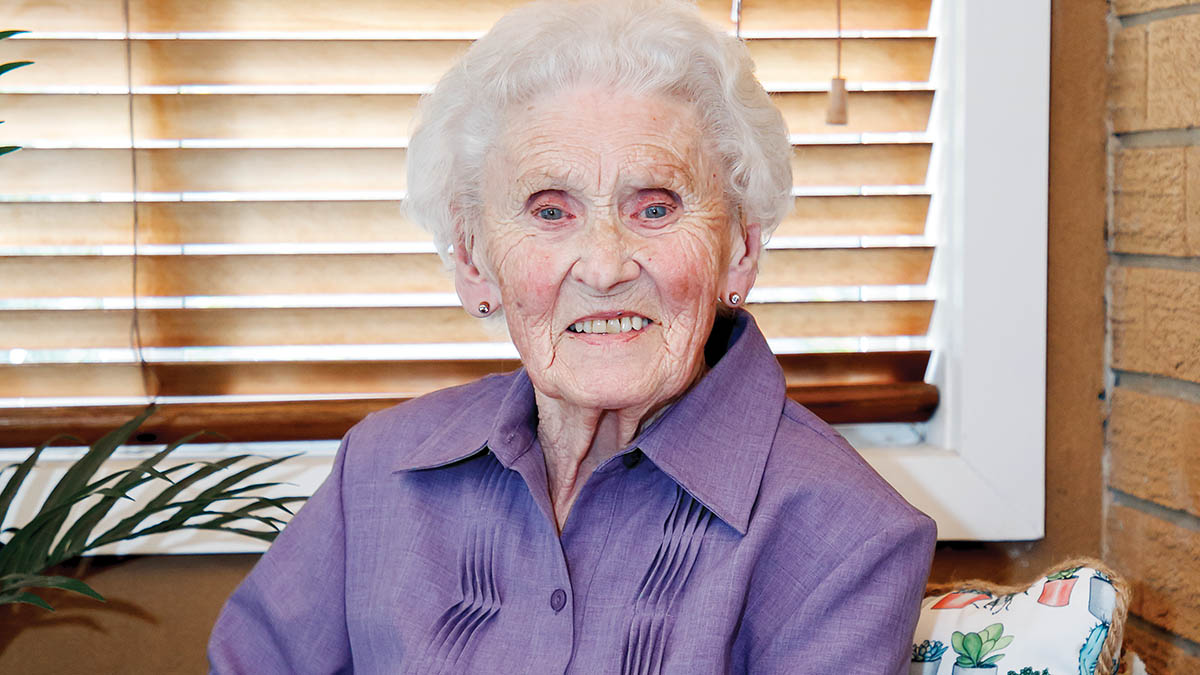 A MORNINGTON resident described as a “very fit lady who is completely independent” is about to turn 100.

Norwegian-born Olga Viken, who will reach the milestone on 19 May, is well regarded by her many friends and has no shortage of admirers.

“In my 45 years in business and 22 years as Consul General in Melbourne and Victoria, I have met a number of royals, dignitaries and famous people from all over the world,” Mr Paulsen said.

“I have rarely been more impressed than I was meeting with Olga at her home in Mornington last month. Arriving there, she came bouncing down the stairs like a local kangaroo and was just as fast going back upstairs. The coffee was ready: Norwegian coffee of course, and freshly baked cakes.

“Olga’s beautiful home is like a little piece of Norway, with paintings, tapestries and furniture with Norwegian motives, design and flavours. Olga is looking after the house herself, including cooking, cleaning and shopping.

“Olga also looks after her lovely and tidy garden as well, although she concedes defeat with the lawn mower – saying it’s a bit heavy for her right now.”

Mr Paulsen he and Ms Viken had spent a couple of hours together and he left “feeling enriched and inspired by this wonderfully strong and determined lady”.

Ms Viken was born on 19 May 1921. Her father, Ole, looked after the tenant farm connected to a vicarage. One of seven siblings, she and her brothers and sisters all took turns working on the farm during these years.

Her parents were not happy when Ms Viken started working as a seamstress at 16, specialising in shirts. However, the quality of her products made her famous and in demand. She worked in Bergen for several years, making shirts for Sundt & Co.

After World War II, Ms Viken met her husband-to-be Eivind Viken, who was the most highly decorated Norwegian outside of his country.

He migrated to Australia in 1949 and settled in Melbourne. Olga followed him out and they married in the old seamen’s church in South Melbourne in 1953.

Mr Viken’s many jobs in Australia saw them living in Gippsland, Eildon and King Island.

In 1995, the couple attended a ceremony in his home town of Unneland for the unveiling of a large stone monument to him. He died in October 1999.

Ms Viken has been unable to go back to visit friends and family in Norway for more than a year due to COVID-19 restrictions. She wanted to go last year and has pencilled in a trip next year: “I will only be 100 years old.”

Friends of Norway (FON) is looking forward to having Ms Viken join them on 16 May to celebrate the Norwegian National Day at the Swedish Church, Toorak.

To celebrate her centenary, she has invited her closest friends to a lunch in Mornington on Saturday 22 May.

“We are sure they will have a wonderful time together celebrating this grand occasion,” Mr Paulsen said.

“As a staunch supporter of FON over the years, we wish Olga a marvellous and exciting birthday and all the best for the years to come. We are indeed privileged to have Olga as a good and close friend.”