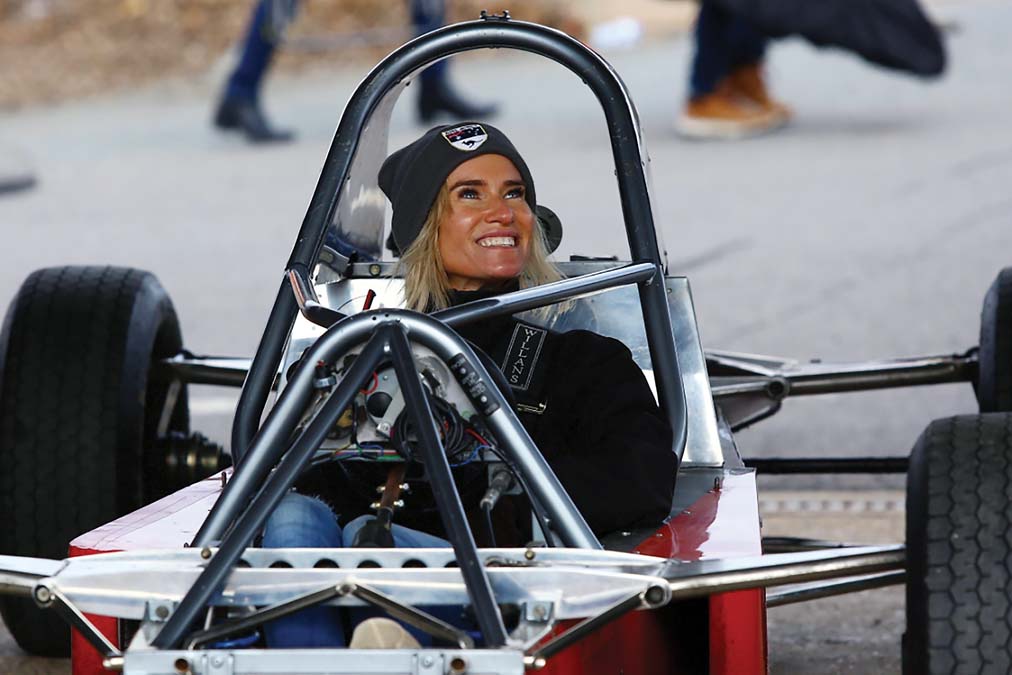 MOTOR sport runs in the blood of the Davison family, of Flinders.

Three generations have made their names hurtling around various race tracks over the past 70 years, with the family last month honoured for its service to motor sport at Australia’s longest-running event, Historic Winton.

They were awarded the Firth Motors Family Trophy for their “significant contribution” to Winton, and to motorsport in general over 45 years, Saturday and Sunday 22-23 May.

Described by Richard as a “larger than life” character, Lex died when his car crashed during practice at Sandown International Raceway in 1965. He was 42. “His death left a massive hole as we were all under his shadow,” Richard said. “He raced at the top level but he was down to earth and was always in the pits talking to the other drivers and helping those who perhaps didn’t have enough money to compete at the top level.”

Lex left behind wife Diana and Richard, then 10, and older brothers Chris and Jon who also went on to become racing car drivers. Now, Richard’s children Alex and Will continue to forge the family’s legacy, alongside niece Claire.

At Winton, near Benalla, Alex won his race in the Q&R Sports and Racing category in his father’s 1981 RALT RT4, while Claire also competed.

“My entire life has been in motor sport,” said Richard. “We get a great deal of enjoyment out of it.”

The family races under the Ecurie Australie banner created by Lex in the 1950s and resurrected, after “much pushing” by elder brother Chris, as a “vehicle” for the family passion. Richard first raced a Formula Ford at Winton in 1975 after the track opened in Lex’s heady days in the early 1960s. “I’ve competed there for many years and was pit crew for my brother Jon when he raced Formula 5000s there in the late 1970s. Now I am there for historic racing.”

Richard praised Claire, Chris’s daughter, for her drive and determination. “She was the mover and shaker who got us back to historic racing.”

The Historic Winton weekend featured 400 historic racing cars and motorbikes from the 1920s-80s, as well as having veteran, vintage, rare and unusual vehicles on display. Organiser and president of the Austin 7 Club Len Kerwood said he was delighted that the event went to plan despite “organising it in 10 weeks instead of 10 months”.

“Competitors were thrilled to be back and the buzz in the atmosphere was fantastic as people were so incredibly glad.”