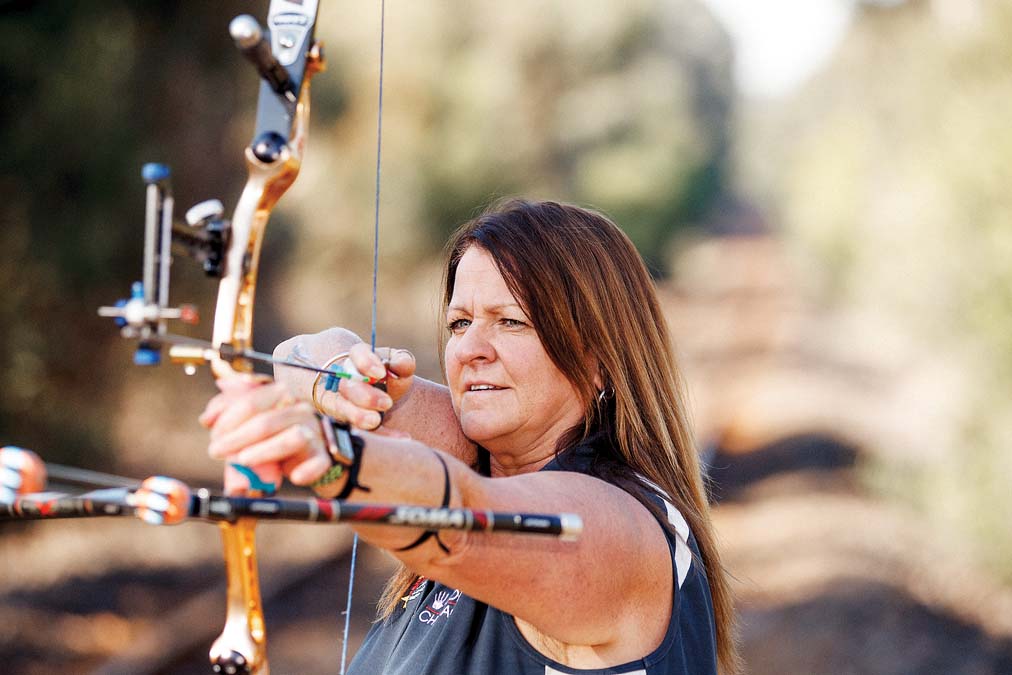 FORMER Commonwealth Games archer Dawn Nelson-Furnell is on target to prove age is no barrier in sport at the Australian Masters Games in Perth in October.

The 56-year-old of Crib Point, has done things differently than most after “retiring” to have a daughter in 1984 and then, aged 42, reigniting her passion for archery and picking up her bow again in 2006.

Despite those around her saying she was “too old” she powered on and has experienced great success ever since.

Within a year of resuming, Nelson-Furnell was chosen to represent Australia at various world field championships and world cups. She also won repeat state and national championships as well as a place on the 2010 Australian Commonwealth Games Team.

Dedication has made her successful. “I’m training a couple of days a week and every weekend and competing in every competition I can,” she said.

Nelson-Furnell has broken two world records, one of which is still standing: At the World Masters Championships in Switzerland in 2018 she shot 662 points out of a possible 720 over 60 metres – a world highest mark.

On the back of that success, as well as her general excellence, she was presented with an exceptional sportsmanship medal from the secretary-general of world archery. “It came as quite a shock,” she recalled. “I was packing my bow away before the medal presentation and they were talking about this ‘special person’ and I was thinking ‘that’s nice’ when they called me up to the podium,” she said. “It was lovely but unexpected.”

At the Adelaide World Masters Games in 2019 she won eight gold medals –some in events in which she does not regularly compete.

This year will mark Nelson-Furnell’s eighth Australian Masters Games, an event at which she met her now-husband Peter 13 years ago. “Yes, there certainly is a rivalry,” she quipped.

Peter became her coach and together they run the Angel Archers archery club at Balnarring.

She is hoping to once again prove that age does not mean a thing when she competes at this year’s Australian Masters Games in Perth.