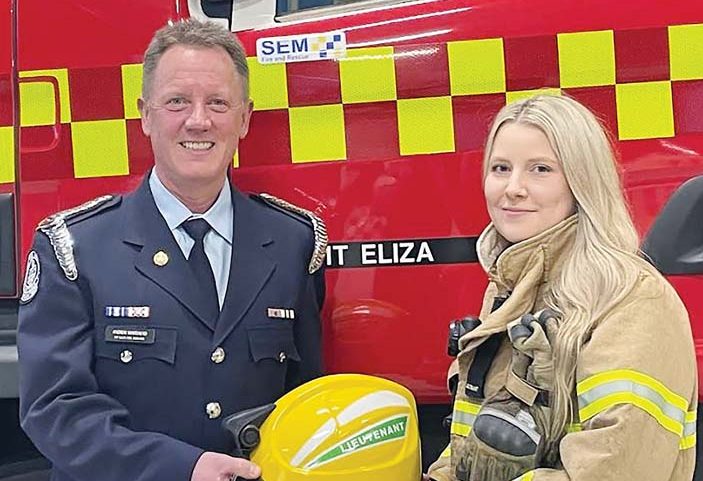 Members of the brigade, headquartered in Canadian Bay Road, elected her to the position of Third Lieutenant earlier this month.

Lieutenant Slattery is pictured with Captain Andrew Whitehead after her appointment.

While many female members have performed office-bearer roles in the brigade’s management team over the years, “Tyk” is the first woman to take up an operational leadership role.

She is set to bring her “enthusiasm and dedication to serving the community in her new role”.