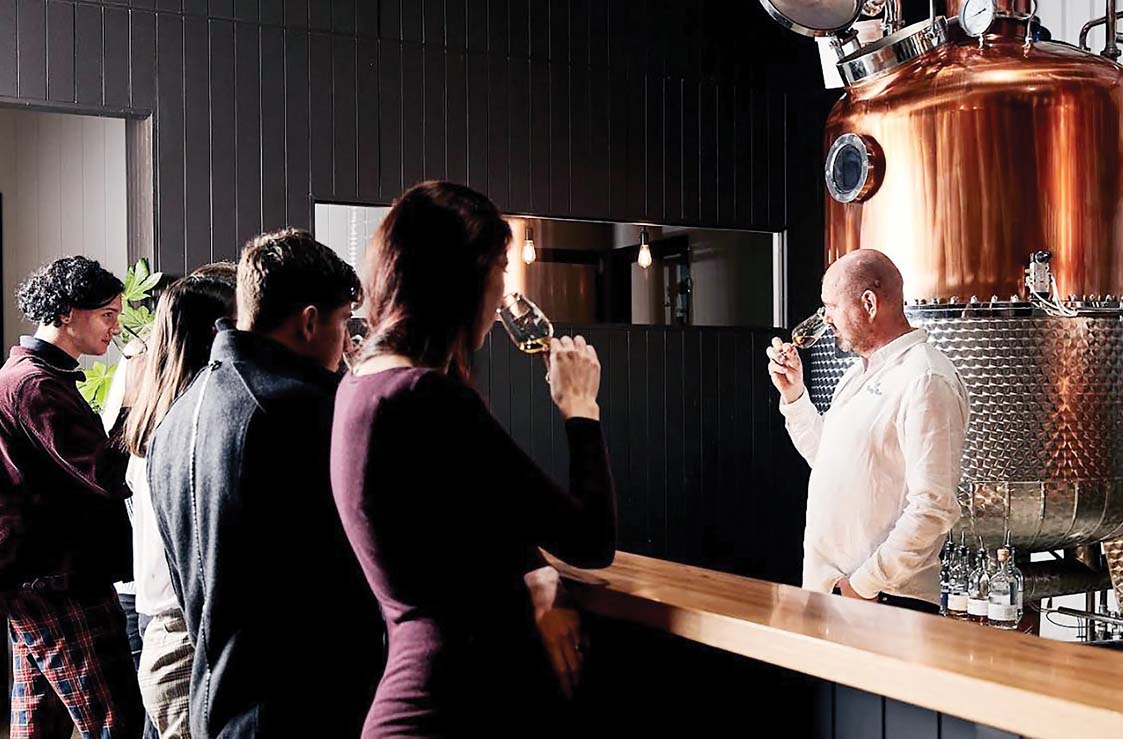 TOUR of taste: Visitors at the JimmyRum distillery at Dromana take a sniff before tasting, above, while, below, Frank Fabrizio and Max Paganoni are in the barrel room at Red Hill Estate. Pictures: Supplied
Share
Facebook Twitter LinkedIn Pinterest Email

ONE of the highlights of Melbourne Whisky Week is a self-drive tour of Mornington Peninsula that includes distilleries, a winery and brewery.

First stop on the Lexus of Brighton Whisky, Spirits and Barrels Driving Tour of the Mornington Peninsula is Saint Felix Distillery. It offers tastings, masterclasses as well as food and spirit pairings all made on site. Bartender Orlando Marzocan will give cocktail-making lessons.

The second stop is the family Chief’s Son Distillery that specialises in small-batch, single malt whiskies.

Owner Stuart McIntosh started making whisky after winning a competition that took him and wife Naomi on an all-expenses paid holiday to Strathisla distillery in Scotland. McIntosh said after the trip he and Naomi, who had a science degree, gave up being financial advisors to make the spirit. They imported a 40 litre still to make some whisky “for fun”, and then decided to go commercial.

Launching their first whisky in 2019 the 900 Standard is their flagship stocked at BWS and Liquorland.

Owner of the JimmyRum distillery, James McPherson, makes rum and cane spirit. A ship’s engineer before being made redundant five years ago, McPherson undertook a three-month tour of distilleries in the US, the Caribbean and the UK in 2016 before returning to the peninsula and opening JimmyRum.

He bought equipment from Italy and two years ago JimmyRum opened at Dromana Industrial Estate.

In its short history as a cocktail bar, garden bar and distillery, JimmyRum has won a gold medal at the Australian Distilled Spirit awards; came 10th in the Hottest 100 Spirits by Bartender magazine and won best-in-category at the World Spirit Awards in the UK.

Once a horse training centre and now a brewery, taproom and farm, it offers two-for-one 150ml tasting paddles of pale ales, lagers, golden ales and pilsners.

All venues on the tour are offering tastings and discounts from Saturday 21 August to Sunday 29 August.