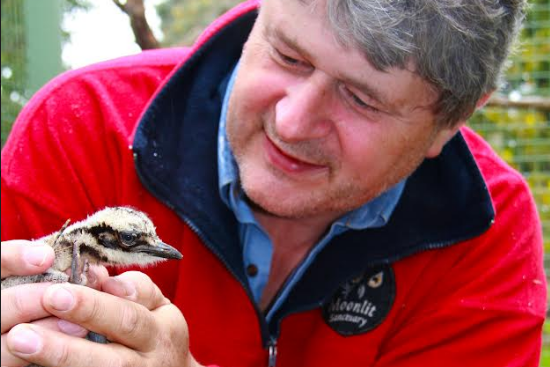 MOONLIT Sanctuary, Pearcedale, celebrates its 20th anniversary this week, and what better way to celebrate a birthday than with cake? With lockdown in place, it is the animals’ turn to celebrate on Friday, 17 September.

Keepers will be serving up “cakes” for koalas, dingoes, wombats and emu to mark two decades of bringing people and wildlife together.

“The animals are in for a real treat”, life sciences manager Lisa Tuthill said. “Whether made of sweet potato, meat or insects, birthday cakes can serve as a great source of nutritional and behavioural enrichment.”

Moonlit Sanctuary Wildlife Conservation Park grew from the childhood dreams of Michael Johnson who imagined a place where people could experience and appreciate the rare and unusual animals that roam the bush.

The sanctuary was established by the Johnson family on 10-hectares of what was a farm and pony club. Now it is home to more than 400 animals representing 70 species.

The sanctuary initially ran night tours to the public, hence the name Moonlit Sanctuary. The lantern-lit tours were reportedly declared “magical”, and word grew about this opportunity to get up close and personal to nocturnal wildlife that few visitors had ever seen.

“We are honouring this major milestone and are grateful to the community who helped us get there,” Mr Johnson said. “We are elated to be celebrating our role in connecting people with wildlife since the sanctuary first opened 20 years ago.”