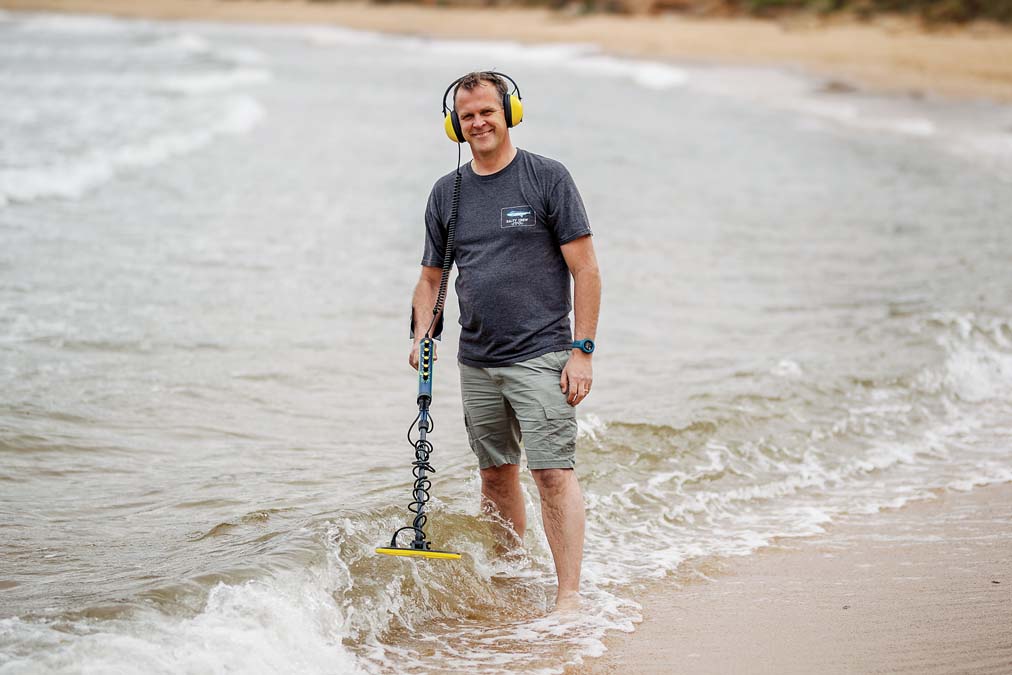 THE chance sighting of a missing item poster near the beach at Canadian Bay set off a train of events that ended with a happy ending for a Mount Eliza couple.

On the poster were photographs of a lost wedding band that had slipped off its owner’s finger while he was out paddling in front of the boat ramp, Wednesday 8 September.

The man, who is not being named as he is suffering serious health issues, was distraught at the loss and his wife set about printing the posters in the hope the ring would be found.

Enter Mount Eliza resident Michael Hammond, whose son-in-law Michael Ketelaar, also of Mount Eliza, has an underwater metal detector. “I sent a picture of the poster to Michael and asked if perhaps he could pop down and have a look for the ring,” Mr Hammond said.

“Sure thing,” said the younger man, who spent three days in his waders several metres out in front of the ramp hoping to strike gold. Fortunately, the weather made conditions ideal.

“What do you think the chances are of finding the ring?” an elated Mr Hammond asked The News later. “Probably a billion to one – but he did.”

Mr Ketelaar wasted no time in returning the ring of rose gold with white gold stripe to its overjoyed owners. He refused their offer of a reward, saying it was enough to see their joy at the ring’s return.