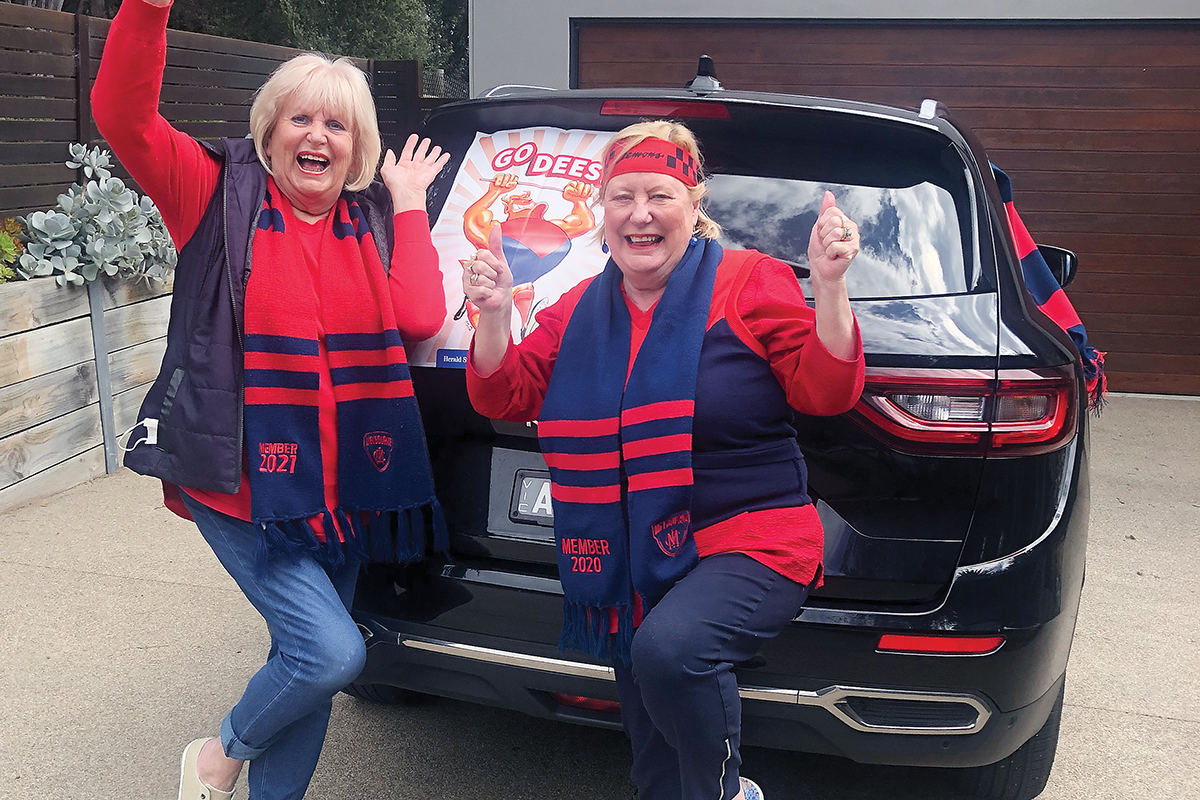 THE 2021 AFL Grand Final will never be “over” for Rosebud sisters Lizzy Peel and Janet Foote.

“Janet and I were ecstatic with Melbourne’s win [against Footscray] and becoming 2021 premiers,” Ms Peel said last week.

“We have followed them all our lives but never got to see the previous premiership in 1964 as we were too young.”

That all changed on the last weekend in September, when the sisters sat together and watched their heroes walk tall.

“We have been celebrating ever since,” Ms Peel said. “On the Sunday I decorated the car in red and blue and drove around our area visiting friends – especially Demons followers – tooting the horn and playing the team’s theme song so loud.

“We drove around all the streets and the people loved it. As we drove along Point Nepean Road lots of people were waving and hooting.

“I never thought I would see them win it and everybody thought the Dogs were going to get up but, of course, they didn’t.”

Ms Peel said the team’s popularity and the fact they won so convincingly after such a long time was welcomed by the community. “It’s brought everybody up in these sad times.”

The win was a family affair. “The kids in Melbourne all barrack for the Demons and they’ve painted their fences, too.”