Old salt paints from the heart 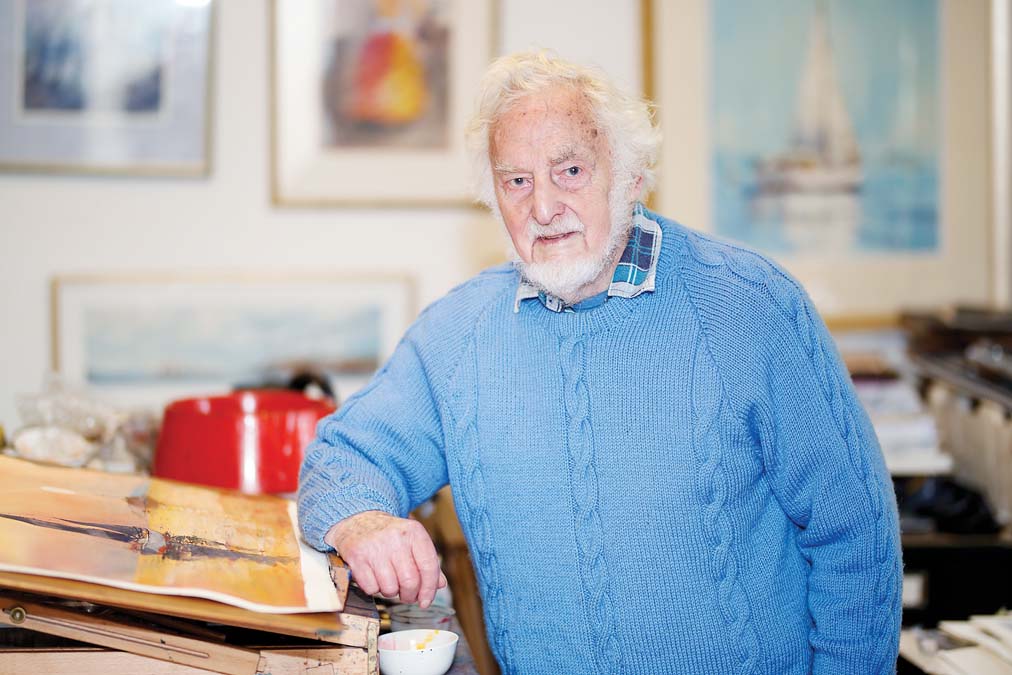 A RED Hill South artist’s work reflects his love of the sea.

Ron Farnill, 94, has been painting ships and maritime scenes for decades with his works regularly on show and being sold – such as at Oak Hill Gallery where last year he sold six paintings on the opening day of his exhibition. He also won the 2018 Oak Hill Gallery members’ exhibition and conducts watercolour painting classes and demonstrations there.

One of Farnill’s works was shortlisted at this year’s Mission to Seafarers’ Maritime Art Exhibition. The winner of the virtual exhibition is yet to be announced.

Mr Farnill started painting as a child and won his first award in 1938. “Then the war came, and I was in the Navy, but I was able to start painting again at night school at Frankston TAFE in 1972,” he said.

He was accompanied by his late wife Betty.

It wasn’t all smooth sailing. “The diploma classes were into tracing scenes but I like to slap paint about and not just make copies of something,” he said. “I especially like to paint sea scenes.”

After the Navy, Farnill took up sailing on Western Port as well as ocean racing and was often engaged as a delivery skipper “taking yachts to rich people”.

“It was not very profitable, but something I really liked to do,” he said, recalling delivery cruises to Adelaide, Shute Harbour, in Queensland, and Tasmania.

Entering art competitions was always enticing. “I’ve probably got 100 awards, but no major ones yet,” he said. “I’m still waiting for the big one.”

Farnill, who has lived on the same small property at Red Hill South since the 1950s, said it was “very nice to be able to wander about outside” during the pandemic.

“I feel sorry for the people cooped up in the city.”

Farnill is considering staging an exhibition to celebrate his 95th birthday in January.