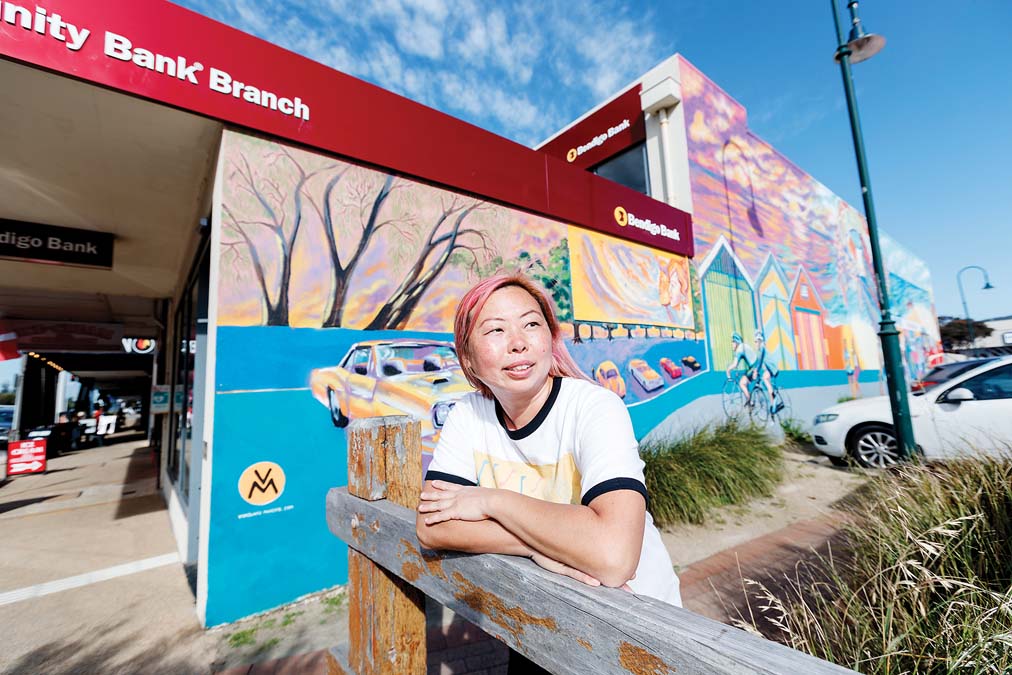 A MURAL at Dromana marks the 20th anniversary of the Rye group of community banks. Rye was the first of the banks, followed by Dromana and then Rosebud, with the Rosebud business centre added more recently.

Included in the mural are Ava Gardner and Gregory Peck on the Dromana Drive-In cinema screen from the film On the Beach. The central figure was inspired by Kanoula, a mother of four who moved to the peninsula to live a life closely connected to nature and establish a business making natural products with ingredients from her garden. Jie said Kanoula, like many others, contributes to the community by becoming “everyday heroes” to their children. A bank customer being greeted works at a nearby pizzeria and bar while staff from the branch are depicted in a supermarket’s deli section.

“I enjoyed painting this mini scene and paid homage to the awesome array of gourmet food available,” Jie said. “It’s a highlight of the Dromana Community Hub.”

Also in the mural are cyclist Rosie and Dromana CFA Captain Timothy Desmond with a volunteer in the driver’s seat of a tanker. A lifeguard stands on his platform.