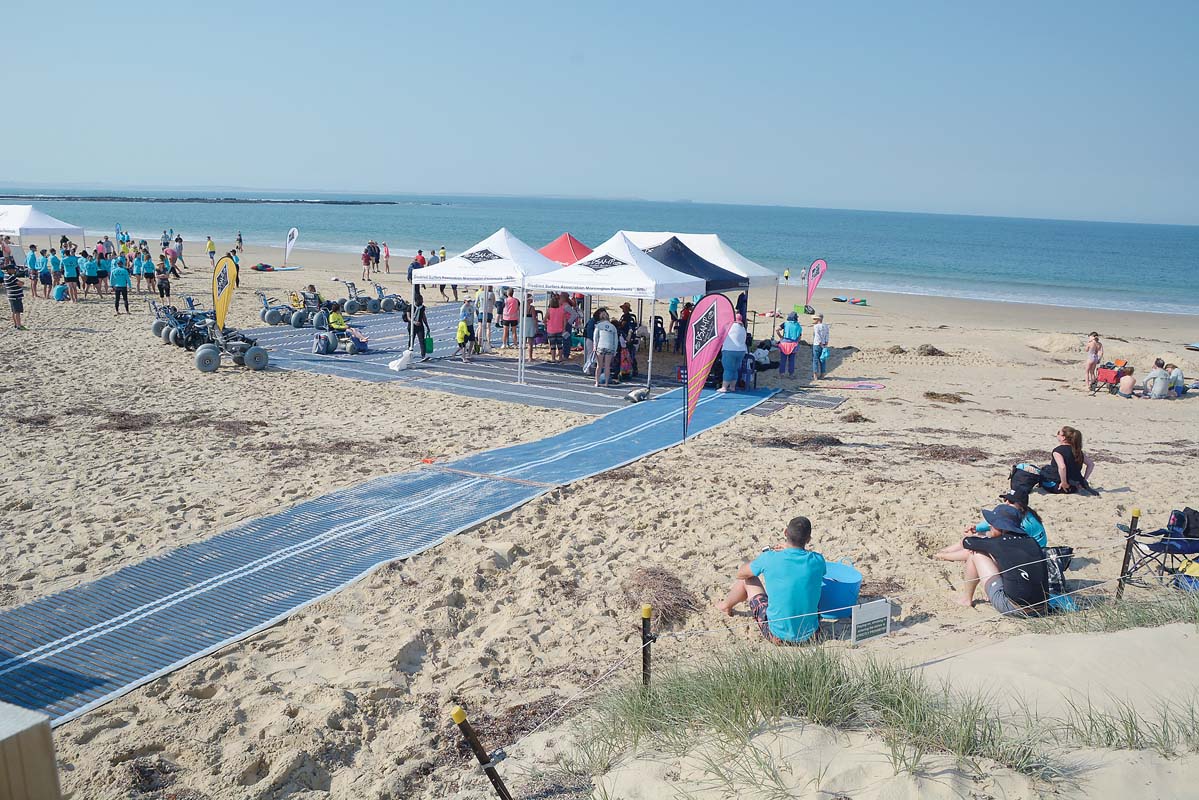 WHEELCHAIR-friendly beach matting used by the Disabled Surfers Association Mornington Peninsula branch is the same as that being rolled out by Mornington Peninsula Shire. The DSAMP is scheduled to hold its next surf event at Point Leo on 22 January. Picture: Keith Platt
Share
Facebook Twitter LinkedIn Pinterest Email

MORNINGTON Peninsula Shire says it is investigating ways of improving disability access and has now rolled out wheelchair-friendly beach matting at Mount Martha and Sorrento.

The mayor Cr Anthony Marsh said improving disability access to shire beaches was the focus of January, with beach matting also being rolled out later this month at Mothers Beach, Mornington, and next to the piers at Rosebud and Rye.

But disability advocates say there is a “fundamental accessibility problem in the region” and more needs to be done.

One parent whose three-year-old who uses a wheelchair said the shire had been slow to act on requests from residents for improvements in children’s recreational areas.

Justin Andrews said parents were frustrated and disappointed “by the lack of respect and urgency” relating to solving accessibility issues throughout the peninsula.

He said he had contacted council several times about the lack of other access infrastructure, including high backed swings at playgrounds and playgrounds with wheelchair-friendly surfaces instead of mulch and was told these were being “reviewed”.

Cr Marsh said ensuring access and inclusion for all was a priority of the new council’s new wellbeing plan.

“We’ve developed a draft universal design policy to ensure we deliver inclusive and equitable spaces and services for everyone in our community,” he said.

“Universal design is making products, environments, programs, and services equally accessible and usable for everyone. This could involve things like widening footpaths and removing steps from building entrances, as well as installing larger bathrooms and accessible playground equipment.”

Last year an onsite assessment was undertaken on making Campbell Reserve and Memorial Park playgrounds more accessible, and a high back swing was ordered for Mount Martha Eco Park. However a timeframe for the installation has yet to finalised.

Cr Marsh said the council wanted to hear from the public“to help us better understand what needs to be done” before finalising the universal design policy.

Forms are available at customer service centres and at mornpen.vic.gov.au/universaldesign.