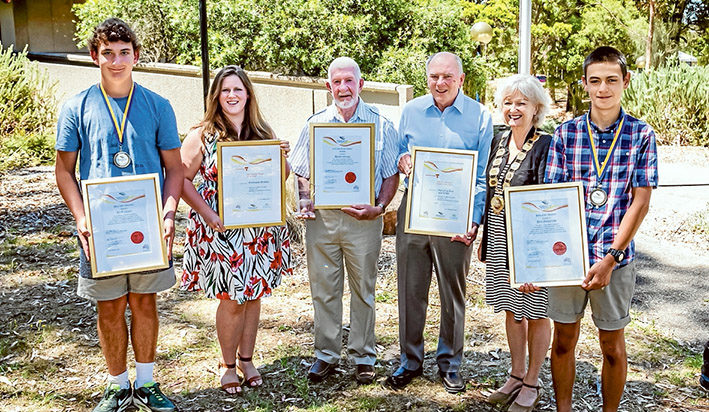 THE Mornington Peninsula was well represented in this year’s Australia Day Honours List, which recognised almost 200 Victorians among 958 people from various industries and communities around the country.

Mornington Peninsula Shire announced its 2017 Australia Day Award winners at Rosebud Memorial Hall on Thursday, with Rye mother Bianca Appleford named as Citizen of the Year for her work in the area of autism.

A new award, the Lifetime Achievement Award, was presented to Rye resident Barry Irving, who was nominated for his community involvement in many areas.

Young Citizen of the Year and Mt Martha resident, Stephanie Byrnes, 24, has been a full-time volunteer at Fusion Mornington Peninsula since January 2015. Dedicated to making a difference, she lives alongside young people who are experiencing homelessness in Fusion’s supported accommodation services. In addition to her on-site living, Ms Byrnes mentors young people as part of the Fusion support program.

Community Event of the Year, the About Kids’ Fun Run with the K163 steam train is a partnership between Mt Eliza Rotary Club and Mornington Railway Preservation Society.

The Bravery Award went to Ben Brunton and Edward Fuggle, both 14, who were volunteering at the Rye Yacht Club’s Discover Sailing Day when a jet ski rider was stranded offshore in rough weather. Both boys rushed to the rescue and helped signal the Rye Yacht Club safety boat.

He received an OAM in 2010, when based in WA, for meritorious service in the field of combat systems and as an outstanding warrant officer in the Royal Australian Navy