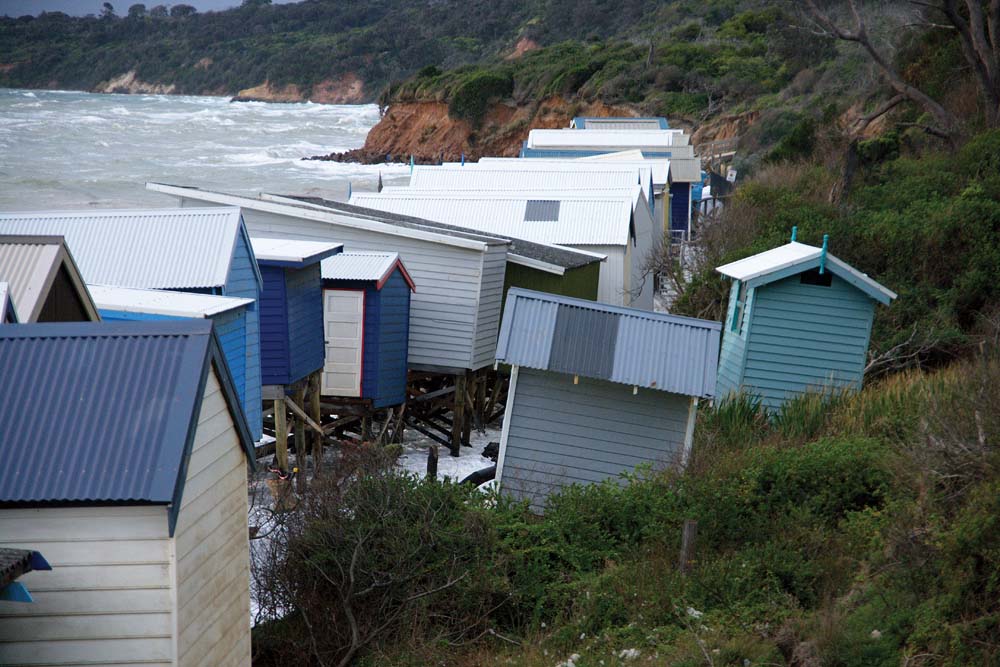 IT could cost up to $4 million to prevent further erosion of the cliffs and beach at Mt Martha beach north.

If not fixed, the crumbling cliffs will remain a threat to the stability of Esplanade and the beach. Already closed to the public, the beach will remain inaccessible and dangerous.

The problems and possible remedies are contained in a report prepared for the Department of Environment, Land, Water and Planning by consultants, Water Technology.

Options contained in the consultants’ report include building rock walls and groynes across the beach or an offshore breakwater to slow the loss of thousands of cubic metres of sand needed to “renourish” the beach.

“Extra stresses have also been placed on the beach due to sea level rise, meaning the beachface is adjusting to the higher water levels experienced during storm events, and hence extra offshore transport of sediment,” the report’s executive summary states.

Mornington Peninsula Shire is unlikely to adopt a suggestion that some boat shed owners be offered sites towards Mt Martha South, where about $300,000 is seen as the starting price for the cheapest sheds.

Boat sheds at Mt Martha beach north have reportedly been put on the market for about $80,000, but if the consultant’s report is correct values will plummet.

The report says managing cliff erosion by extending the length and height of an existing rock wall is “critical”, but will require removing some boat sheds to either be reinstalled later or their owners offered “an alternative location to south”.

Several of the boat sheds at Mt Martha beach north have been condemned by Mornington Peninsula Shire but have yet to be removed.

Others are being repaired, although the shire has closed access to the beach.

The presence of Aboriginal middens on the eroded cliff will also require a cultural heritage management plan before any work can be undertaken.

The consultants report has been given to both the Mt Martha North Beach Users Group and Mornington Peninsula Beach Box Association.

A community meeting is planned next month (November) and beach users will be surveyed “to gauge need for ongoing community access to the beach”.

Much of the affected beach is a leash-free area for dogs.

The report states that there is “presently” no money available for “any further works” and extra money is needed for “detailed coastal modeling” and for the “recommended remediation approach”.

As previously reported (“Beach closed for safety” The News 25/9/17) there are widening cracks in the cliff face and access stairs have been blocked or cut off before they reach the beach.

Cracks are also appearing in the bitumen on the Esplanade above the unstable cliffs that saw the beach closed in mid-September.

At that time, the shire said the beach was being closed to the public “for safety reasons” until further notice.

The closure effectively blocks access to 50 boat sheds and paths from the Esplanade leading to the beach near Augusta and Alice streets and Coolangatta Rd, Mt Martha.