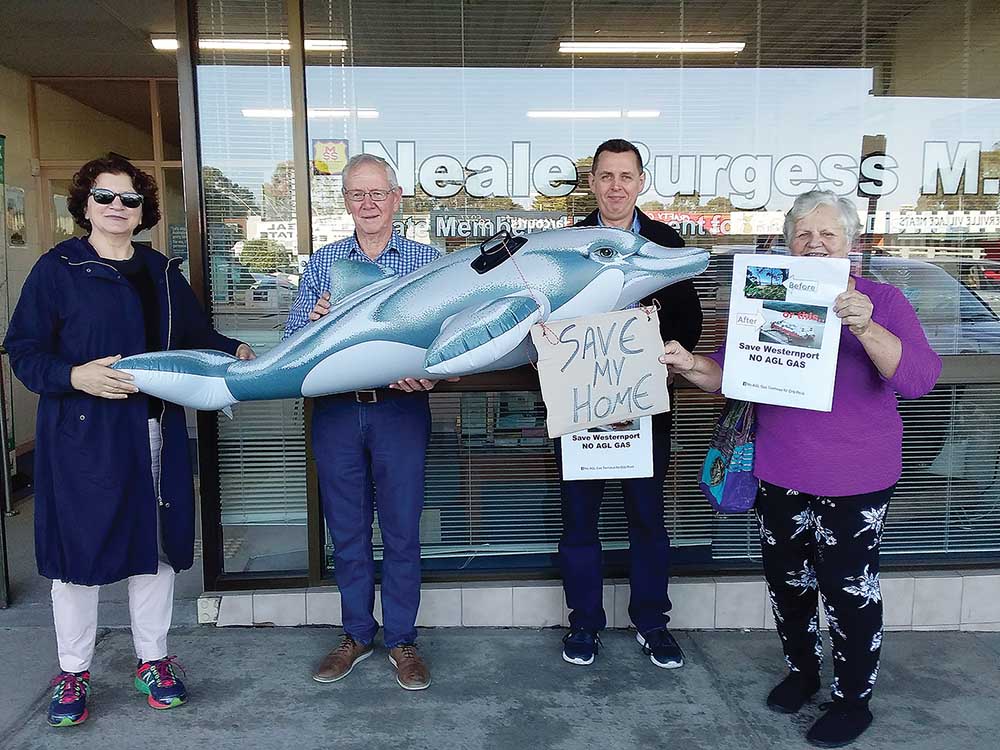 Mr Hunt on Monday said he had “long argued that South Port [sic] is not the place for industrial development and my view hasn’t changed in a decade. This includes the AGL proposal for a floating storage regasification unit at Crib Point.”

Without naming AGL, Mr Hunt repeatedly stated he was opposed to “industrialisation” at South Port (his designation) but did not specifically say if the gas terminal fitted his definition of industrialisation.

In mid-June Mr Hunt said he had asked AGL to “keep the community informed of what is being proposed” and was “forwarding inquiries from the community to AGL for their response”.

Hundreds of protesters rallied at Hastings on Sunday 1 July to show their opposition to the gas terminal at Crib Point and a pilot plant at Hastings to extract hydrogen from brown coal (“Hundreds at power protest” 3/7/18).

Two days before that protest Mr Burgess emailed anti-AGL activist Julia Merrington assuring her that both he and Mr Hunt “made a commitment to this community a decade ago, that there would not be any industrial development south of Hastings”.

“At no stage have I suggested members of my community pursue AGL with their concerns. I have taken up every concern expressed to me about this project, with AGL and the government and will continue to do so,” Mr Burgess stated.

Meanwhile, work has started on preparing the wharf at crib Point designated for the gas terminal and an agreement to build a pipeline to carry the gas to Pakenham.

AGL has promised power discounts for small businesses along the route of the pipeline.

However, opposition to AGL continues to grow with a further 1100 signatures being added to a petition that Mr Burgess will table in state parliament (“Signing up to sink floating gas plant” The News 29/5/18).

The latest signatures collected by the “No AGL-FSRU for Crib Point” group brings the total to more than 2500.

“Mornington Peninsula residents overwhelmingly have signed this petition because AGL cannot be trusted to ensure that Western Port’s overall environment – marine life, seagrasses mangroves, air and noise – is not damaged if they moor their floating storage regasification unit to the Crib Point jetty for at least the next 20 years,” Rod Knowles said.

“Over the past 15 years AGL has clocked up near on $4 million in fines for environmental breaches including methane pollution, sulphuric acid discharge, and failure to publish emissions data, release of fracking chemicals as well as misleading and deceptive conduct.

“With a CV like this no one in their right mind could trust AGL to do the right thing by local residents as well as Western Port itself.”