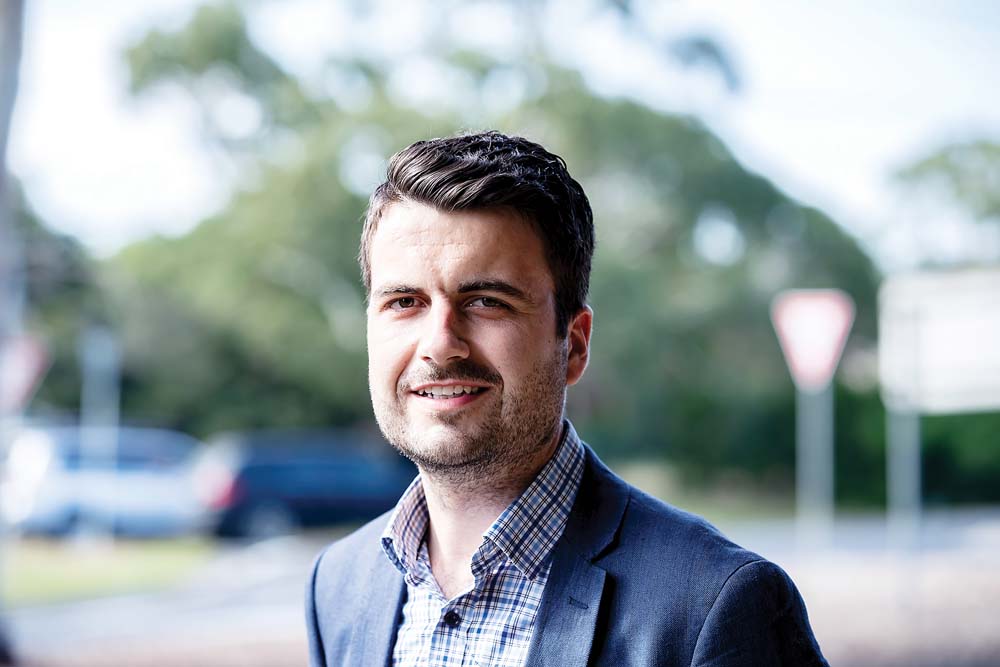 The battle for the seat of Flinders in the May federal election became a three-cornered contest on Friday with Labor announcing Josh Sinclair as its candidate.

Mr Sinclair was campaign manager for Chris Brayne, who won the seat of Nepean in last year’s (24 November) state election. He was later appointed as Mr Brayne’s office manager.

Mr Sinclair’s official endorsement by Labor follows reports last month that Tracee Hutchison would be the party’s candidate. However, Ms Hutchison, a broadcaster and journalist, later said she would not be a candidate despite giving it serious consideration and being “flooded” with support and encouragement (“All quiet on Labor front for Flinders” The News 13/2/19).

Held for the Liberal Party by Greg Hunt since 2001, Flinders is also being contested by former Liberal and now independent, Julia Banks (“Hunt under pressure of coup fallout” The News 6/2/19).

Ms Banks, elected as a Liberal to the seat of Chisholm in 2016, quit the party in the wake of the overthrow of Malcolm Turnbull as prime minister.

The state seat of Nepean won by Mr Brayne with Mr Sinclair as his campaign manager, had been held by Martin Dixon for the Liberals by  16 years. The Liberal candidate, Russell Joseph, blamed the turmoil following the overthrow of Mr Turnbull for much of the party’s loss of support on the Mornington Peninsula (“Federal Liberals blamed for lost support” The News 4/12/19).

Mr Joseph said the “Dutton-Hunt ticket” was “particularly felt down here [on the peninsula]”.

He said it was a problem that he felt would linger and affect the outcome of the coming federal election.

Giving further impetus to the Flinders campaign will be next week’s a “federal election launch” in Mornington by the left wing lobby group, GetUp.

The organisation’s pre-launch publicity urges voters to “learn more about that strategy and the role you can play in your community to help knock off the hard right MPs who are wrecking our politics”.

Mr Sinclair said on Friday that he did not know about GetUp’s impending involvement in Flinders.

“I’m just relieved that [Labor] can start campaigning as from today,” he said. “I wanted to make sure we chose a local candidate with a strong local connection.

“Thankfully, the administrative committee and local branches agreed [to my candidature].”

Mr Sinclair predicted the campaign would be “a very fast 90 days”.

Mr Hunt, the Health Minister, holds Flinders with a 7.7 per cent margin after defeating Labor’s Carolyn Gleixner and four other candidates at the 2016 election.

Mr Sinclair unsuccessfully stood against Mr Hunt at the 2013 election which saw 10 candidates for the “traditional” Liberal seat.

The News last week received complaints about a phone call from Mr Hunt’s office. “The tele town hall was not a recording or robo call. Unlike the union led and GetUp’s robo calls, the tele town hall was a live, personal, interactive conversation with the community where they could ask the minister [Mr Hunt] and Treasurer [Josh Frydenberg] questions and discuss local issues,” Mr Hunt’s media contact, Matthew Langdon said.

“In regards to robo calls, our office has received numerous reports of negative robo calls from within the electorate, with many shocked and offended by the vile nature of their messaging and lack of a plan to improve the Flinders electorate.

“The town hall was paid for out of a communications budget which is the same for all Federal MPs and conducted using publicly available data.”