Beach a hotspot for trouble 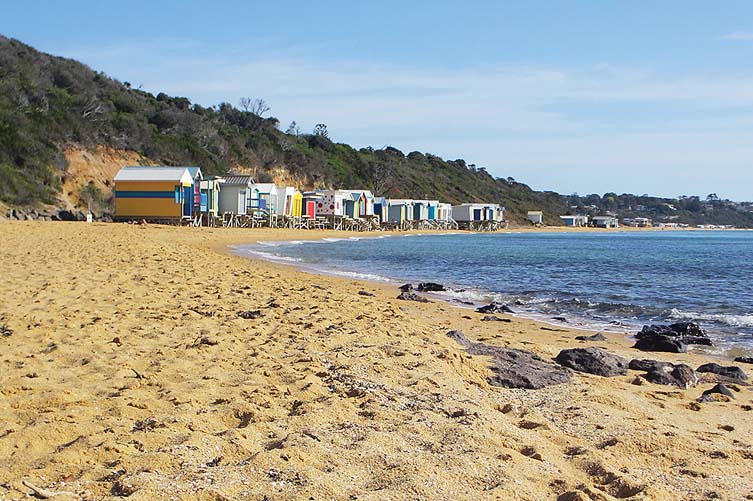 Despite their rather precarious positioning under eroding cliffs and washed by waves, owners of these beach boxes at Mt Martha Beach North can still ask high prices if selling, and must pay increased licence fees if approved in Mornington Peninsula Shire’s 2019/20 budget.
Share
Facebook Twitter LinkedIn Pinterest Email

Three nights earlier three men, 19 and 20, were bashed with a timber paling and had their jackets stolen while sitting on the beach near Mount Martha lifesaving club.

Police believe the crowds are being drawn to Mount Martha through social media.

“They are posting the gatherings – or gaths – on social media and it seems that Mount Martha is the place to meet up,” Detective Montgomery said.

“We think they are mainly coming from Frankston to cause trouble and, of course, the local youths go there, too.

“The beach seems to be a hotspot this summer.”

A Mornington police car was damaged in the Cup Eve mayhem.

A 15-year-old, of Mount Martha, was arrested and charged with criminal damage and stating a false name. He was later released and was expected to be charged on summons.

“The issue seems to be that the young people are coming out of lockdown and are letting their hair down and getting carried away,” Acting Senior Sergeant Williams said.

Large numbers of youngsters are again taking the plunge at The Pillars, walking sometimes three abreast along The Esplanade between beaches.

The men who were bashed on the Friday night came from Mount Martha, Mornington and Hastings.

Detective Montgomery said the men – two 19 year olds and a 20-year-old – were sitting on the beach near the lifesaving club at 10.25pm when approached by four men and a woman.

The four men ordered one of the three to hand over his jacket and, when this demand was refused, one of the attackers grabbed a loose beach box paling and began hitting him to the head and body. The two other victims were also hit and punched and they, too, were ordered to hand over their jackets.

All three gave in after suffering extensive bruising and abrasions.

One of the injured was taken by ambulance to Frankston Hospital and the others taken there by their parents.

Detective Montgomery said he believed the offenders were from the Frankston area. He said two were described as having short brown hair, New Zealand accents, wearing a hoodies, face masks and scarves; the other wearing a black puffer jacket, black hoodie and baseball cap.

“There were lots of people on the beach that night and we are seeking witnesses,” he said.

“This is a case of armed robbery after a demand for property using a weapon.”