Opti yachts get young sailors off to a flying start 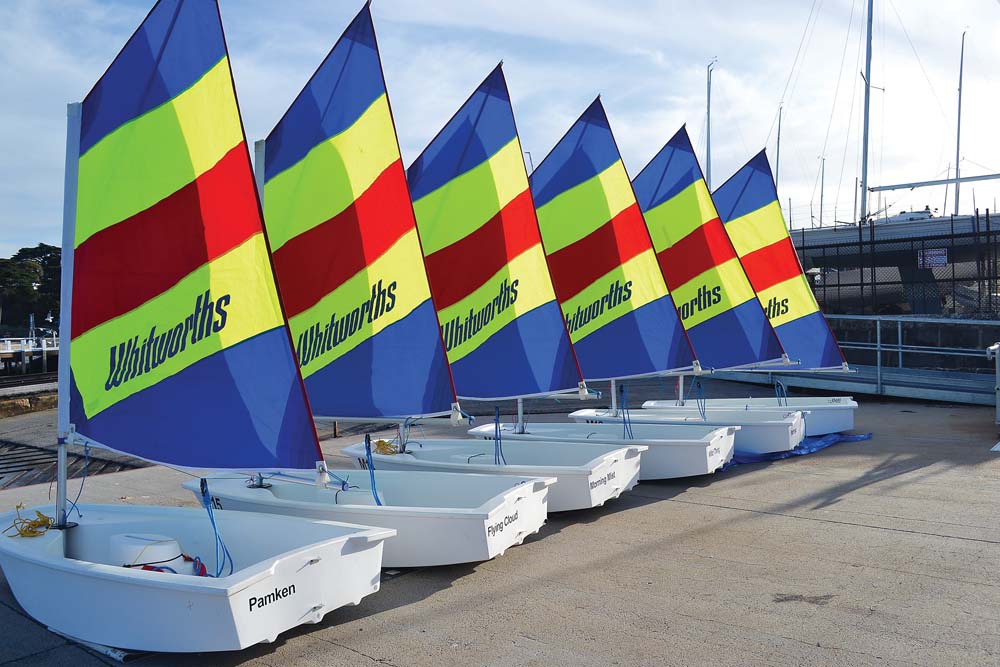 The free sessions will be held on four consecutive Sunday mornings.

The purchase of the dinghies was made possible by donations to the Mornington Yacht Club Foundation with the boats named after significant boats in the club’s history:

Flying Cloud was Max Rodd’s catamaran used as a stable platform to train junior sailors for many years.

Firefly was Kevin Willey’s last yacht. Kevin joined the club in 1947 and sailed with distinction for over 50 years in a number of classes.

Pamken was owned by Pam and Ken Donaldson who were active in keel boat racing in their yachts Obsession and Marie Louise.

The christening was conducted by family members connected to the boats, and by Don Jones and Kevin Willey who attended in person.

The club’s Try Sailing program will be conducted throughout the sailing season. Anyone interested can call 5975 7001 or email office@morningtonyc.net.au

The club will provide all the equipment needed, including life jackets, at the free sessions.